Cardi admits she misses sex with Offset, claps back at The Shade Room 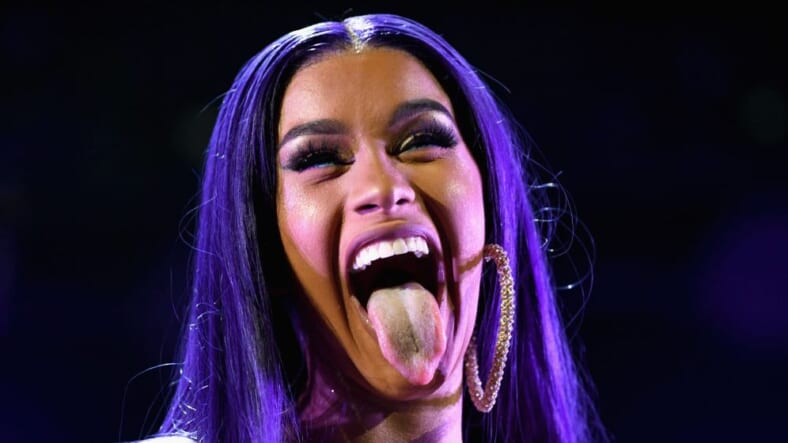 Cardi B may have shocked fans and set blogs on fire when she announced her plans to divorce husband Offset, but now she’s coming clean about missing him and calling out  internet gossip blog The Shade Room.

The Bronx-native took to social media this week to let everyone know that while her trust in her marriage is at an all time low, her lustful feelings towards her hubby are still as strong as ever.

In the Instagram story, Cardi loudly sips coffee while going into graphic detail about how she wants Offset to “demolish” her and hints not so subtly about missing his genitals.

“I miss it…a lot,” she told her live followers in the clip.

To many, this display was confusing given how her fans spent much of last weekend chastising Offset on her behalf, with claims of “toxic masculinity,” after he crashed her performance at Rolling Loud in Los Angeles. The outspoken entertainer looked stunned when the Migos rapper showed up with $15,000 in roses asking her to take him back, leading the public to implore her ex to chill out and give her space.

But apparently, none of that has stopped her from wanting at least part of him back.

READ MORE: Gladys West is a hidden figure who helped develop the GPS

Shade from The Shade Room?

As if Cardi didn’t have her hands full with enough drama with her marriage, Thursday she also found herself embattled in a war of words with popular urban gossip blog, The Shade Room.

In a series of since deleted posts, Cardi calls out the site for liking posts in their comments section, implying that they are somehow responsible for her success.

“Ya stay shadow banning and controlling the comments,” she accused them in a screenshot that appears to be of private DMs between her and the brand’s Instagram account.

“If you say ya ain’t made me then why ya liking comments implying ya did? Ya going to say ya ain’t like that s**t neither b**tch gtfo get off my d**k.”

“Don’t post me b**ch,” she continues and then reminds them, “i got a number one with no post from ya for 6 months.”

Whoever was manning the site that day assured her that no comments were liked to their knowledge and that they would get to the bottom of the misunderstanding. But clearly Cardi didn’t believe them, because in addition to the screen grabs of the debate she also posted a picture of Shade Room founder Angelica Nwandu, along with the caption, “Get off my d**k Angie!”

She then told her followers, “Please tell the lovely owner of the blog to leave me alone THANK YOU”

Some fans implored the chart topper to take down the post, as it seemed to be prompting people to bully the business owner over a private squabble. Cooler heads (or perhaps someone on her team) prevailed. The post was taken down, but had already received almost 25,000 likes and almost 2000 comments.

Unfortunately for Cardi, screenshots are forever.