OPINION: Why the firing of several of the NFL’s Black head coaches is less about race and more about who got next

With Todd Bowles, Vance Joseph, Steve Wilks and Marvin Lewis gone, it's a chance for the league to do better.

“The standard is the standard,” so says one of Mike Tomlin’s favorite postgame cliches.

Tomlin, head coach of the Pittsburgh Steelers, says it in reference to expectations for his team. This week, the question looming in the NFL is exactly, what is the standard when it comes to Black coaches like Tomlin keeping their jobs?

“Black Monday” — the day after the final regular season game, when underperforming NFL head coaches get the boot — took on a double meaning and even more significance this week when four out of the six head coaches who were fired are also African-American. Three of the four— the New York Jets’ Todd Bowles, the Denver Broncos’ Vance Joseph and the Arizona Cardinals’ Steve Wilks — had led their teams for three seasons or less, while Marvin Lewis of the Cincinnati Bengals was the second-longest serving coach in the NFL.

READ MORE: Hero eyewitness, who took viral video of McDonald’s worker attacked by angry customer, says she did it to make sure he would be caught by police

At face value, the firings don’t necessarily signal blatant bias against Black coaches. NFL coaching is a brutal profession that requires frequent relocations to climb the ladder and usually, swift firings if a head coach doesn’t perform. Job security isn’t a thing when a team doesn’t win, plus there were also three white head coaches who were canned.

Of all the coaches fired on Monday, none had a winning record with the exception of Lewis, who won 51 percent of his games and kept his job an absurd 16 seasons without winning a single playoff game. It’s hard to argue for losing coaches to keep their jobs at the conclusion of the regular season, no matter what race they may be. The stakes are too high, the pressure is too intense and the opportunities are too few to get comfortable if a team isn’t making progress.

Don’t trip! By no means am I saying that the NFL does not have a problem with Black representation in its coaching ranks. Owed to the “Rooney Rule,” which requires teams to interview minority candidates for coaching vacancy, the NFL started the 2017 season with a watershed 22 percent of its head coaches identifying as Black. The Detroit Lions fired Jim Caldwell after that season, and Hue Jackson didn’t even make it to Black Monday this year before the Cleveland Browns canned him. 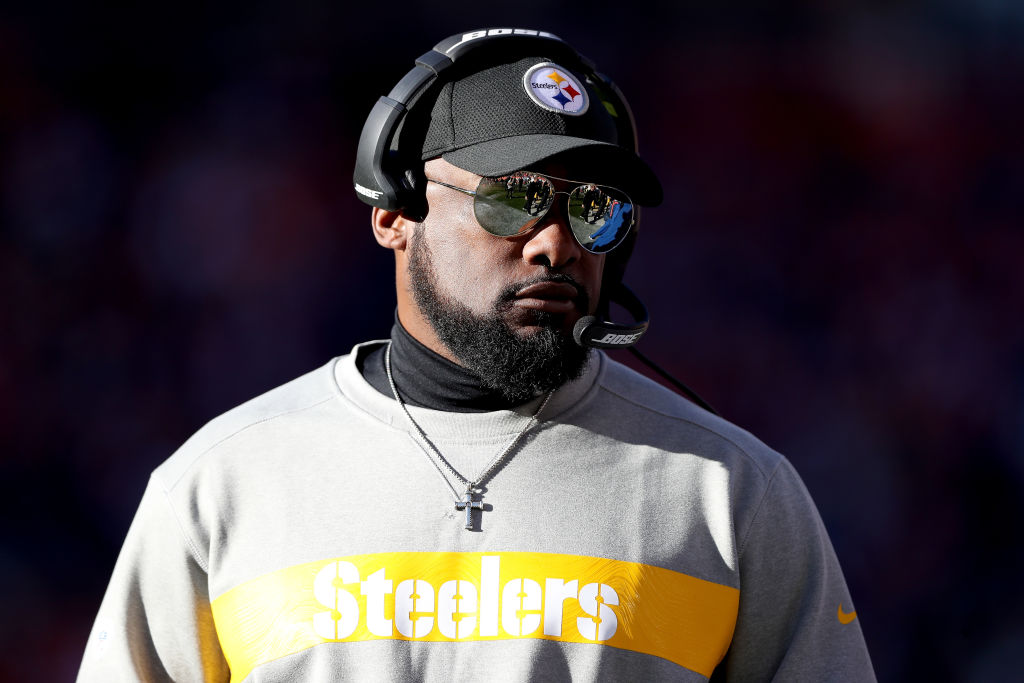 Head coach Mike Tomlin of the Pittsburgh Steelers is now one of two Black head coaches working in the league.  (Photo by Matthew Stockman/Getty Images)

Now, out of 32 head coaching spots, only Tomlin and the San Diego Chargers’ Anthony Lynn remain and even Tomlin’s job is in peril right now after his team missed the playoffs. That’s six percent of coaches among 32 teams in a league where Black players dominate on the field. Reminder, this is still a league where there are no Black owners (sorry Diddy), where Colin Kaepernick still can’t catch a break and where the exclusively white, male ownership tried to ban players from kneeling on the sidelines in an attempt to appease Donald Trump.

The NFL still very problematic, even if the coaches who were just fired weren’t the winning solution their teams needed. It’s too early to tell whether the league will get anywhere near rectifying its head coach diversity issues. The firing of seven coaches in one season means there are also seven vacancies to be filled; and because of the Rooney Rule, at least seven minority coaches will be interviewed. The real opportunity here is for those interviews to eventually lead to the rehiring of those Black head coaches who were just let go or the hiring of a new crop of talent from the ranks of assistant coaches like Arizona offensive coordinator Byron Lefwich, who was a former backup QB under Tomlin.

The league’s commitment to the Rooney Rule will truly be put to the test and we’ll finally see next season if it really works. It’s the NFL’s chance to fire the first shot and put up or shut up. I’m hopeful about that, but I’m also keenly aware that the NFL’s history is one that indicates the league still has a long field to cover.

Keith Reed is a writer and commentator whose work has appeared in ESPN the Magazine, the Boston Globe, Essence, Ebony and elsewhere. Follow him on Twitter and IG @K_dot_RE.