What are you going to do about the R.Kelly in YOUR family? 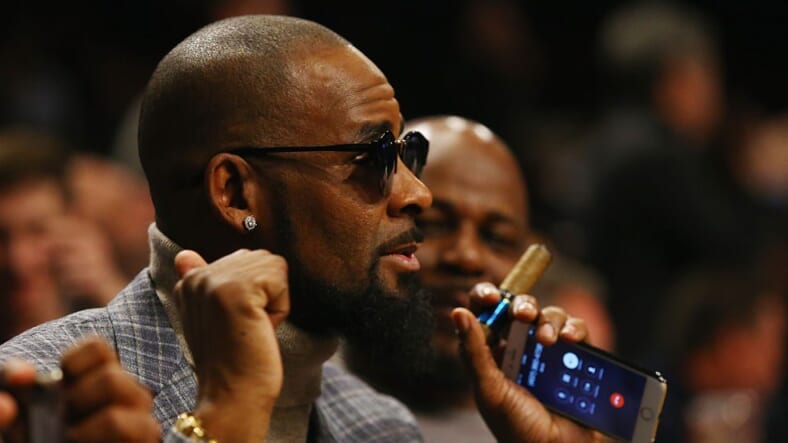 Yesterday I wrote a quick article about how to deal with the hangover we’ve all experienced from watching that traumatic (but invaluable) exposé on Robert Kelly. In the piece, I outlined a few straight forward actions that we can all take to “show up” for these survivors and make it known we care. A a result, many of you reached out to thank me.

But I have a confession to make, to some degree I was just warming ya’ll up for what I’ve REALLY been wanting to say all along: Yes, public outrage towards this one celebrated figure sends a powerful message, but what are you prepared to do about the R Kellys in your own families and social circles?!

If there is a lecherous character in your life who you know is a dirtbag but you shrug it  off without saying a word, then YOU my dear are not all that different from the bystanders in the Surviving R. Kelly documentary that we’ve all been judging so harshly this week.

Your silence is as deafening as theirs and your jokes about how, “Everybody’s got that one creepy play uncle” doesn’t absolve you from being complicit.

Right now, there are people reading this who were molested and/or abused by someone who their family let back into their home. Perhaps this happened even after they spoke up and asked for help.

Yet when we hear that the father of the young lady in the R. Kelly sex tape continued to allow the singer around his daughter, we act all shocked and dismayed as if we’ve never seen any thing like that before.

Come on fam. If we’re going to have this discussion, let’s keep it all the way real.

Kelly may be a pig, but he is far from an anomaly.

Every day we quietly take note of red flags and say nothing. Every day we justify our unwillingness to interfere as just “minding our business” and do nothing. Every year, we find ourselves sitting at a holiday meal or attending a family function with someone who needs to be checked about his or her actions – but won’t.

We constantly give ourselves permission to turn a blind eye. Yet when those same avoidance tactics are outlined in a Lifetime documentary, suddenly we’re “confused” as to why no one spoke up, indignant at the lack of community support, and outraged that authorities weren’t called. Then have the nerve to act as if money alone is the root of all evil.

Oh, word? If that’s the case, why are so many of us failing our women and children – for free?

I recognize that R. Kelly’s fame and fortune are a major factor in why he was able to live in a fortress of depravity for so long. But contrary to popular belief, cash isn’t the only currency we barter in; shame and social acceptance can be equally powerful incentives.

People in marginalized groups are both implicitly and explicitly told that they are less than, and as a result are more prone to the subconscious need to prove they’re “just as good” as everyone else. Due to this desire to be seen as someone of value, keeping up appearances becomes prioritized in ways that rob us all of the opportunity to show up as full-bodied, messy humans.

Instead we curate a highlight reel of our best bits and hope no one notices the lumpy rug under which we’ve shoved everything else. If there is anything unsavory going on behind closed doors, we’re taught to keep it in the family, or in some cases pretend it isn’t happening all together.

To justify this behavior, we tell ourselves that we simply don’t have the luxury to make a fuss like white folks or rich celebrities – and in some cases this is true. However, that fear can make us slaves to “respectability” and teaches our children to be more concerned with keeping up a facade (for others) than speaking up when something is clearly wrong.

And while this bit of theater plays out for the sake of community, behind the scenes:

Some families are so masterful at this charade they actually find pride in their ability to, “put the family first”. So when a brave soul separates themselves from the pack and has the nerve to speak up, it should come as no surprise that they are met with suspicion, anger and feelings of betrayal. The message being, “Yeah, we see what you see, but how dare you embarrass us by saying it out loud?”

Rinse and repeat.
Of course this isn’t everyone’s story. There are people out there who are blessed to be part of thriving, emotionally healthy family units where this sort of thing is truly a foreign concept. If you are one of those people, then count your blessings.

Cut Out the Crap

But for the rest of you, if any part of what I’ve outlined resonates, I just ask that you be willing to answer two questions without pretense:

What are you pretending not to know?

And who is REALLY benefiting from you pretending not to know it?

I’ve always believed that art at its best holds up a mirror to its audience and dares us to truly examine what we see. Based on that definition, Surviving R. Kelly is indeed a work of art; an ugly, painful, and begrudgingly accurate snapshot of the kind of sins so many allow to grow in the dark.

If you were really as moved, outraged and awakened as you claim you were by this project, then I implore you to take all those laser sharp questions you have for the survivors, their parents, and Kelly’s enablers, then turn them inwards towards yourself and whatever dysfunctional dynamics you’ve also been quietly bearing witness to.

As for the die hard fans who will defend their king no matter who comes forward, we can only hope that one day they’re willing to examine why that is. I have the sneaking suspicion that a lot of folks refuse to admit R. Kelly is guilty because if they acknowledge his sins, then they’ll also be forced to acknowledge their own.

It may be time to report his ass.