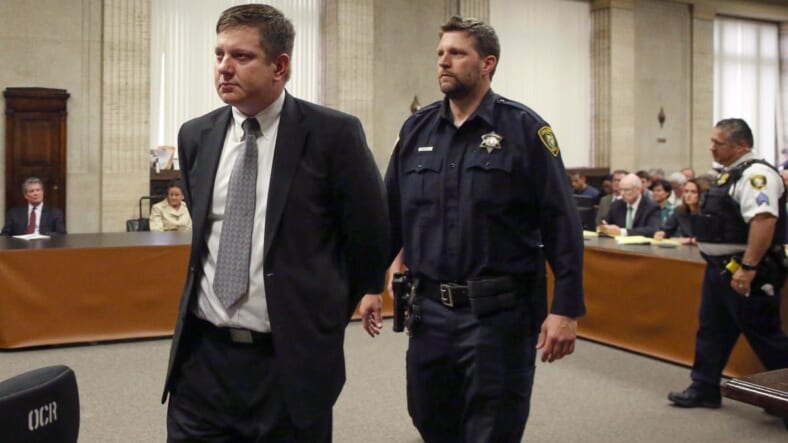 Last October, Van Dyke was found guilty for shooting the 17-year-old 16 times in 2014. He was convicted of second-degree murder and 16 counts of aggravated battery.

The jury found Van Dyke guilty of second-degree murder and 16 counts of aggravated battery. Van Dyke was found not guilty of official misconduct. This came after Van Dyke took to the stand in his own defense, giving a version of the fateful encounter that did not correlate with the video evidence prosecutors presented.

Yesterday ABC7 Chicago spoke with the only African-American on the jury for her opinion on VanDyke’s potential sentencing: “If it was me, I would give life. … I don’t want to see him get a slap on the wrist just because they feel he’s a police officer and people are feeling sorry for him,” said Charlene Cooke.

Officer Thomas Gaffney, former Officer Joseph Walsh, and former Detective David March were each charged with conspiracy, obstruction of justice, and official misconduct for allegedly exaggerating the threat the 17-year-old posed to officers.

But yesterday Cook County Judge Domenica Stephenson found them not guilty and all three officers were acquitted.

The judge said there was no evidence that officers tried to hide or bury the evidence. “The evidence shows just the opposite,” she said. She singled out how they had preserved the police dashboard camera video at the heart of the evidence that convicted Officer Jason Van Dyke, who shot McDonald 16 times.

Prosecutors claim the police reports filed by those officers were part of a conspiracy to cover up for Officer Jason Van Dyke, who shot McDonald 16 times on Oct. 20, 2014.

Officials said the officers’ statements did not match up with the dashcam recording of the shooting.