PJ Morton explains why he’s performing at the Super Bowl: “We’re blocking out the noise” 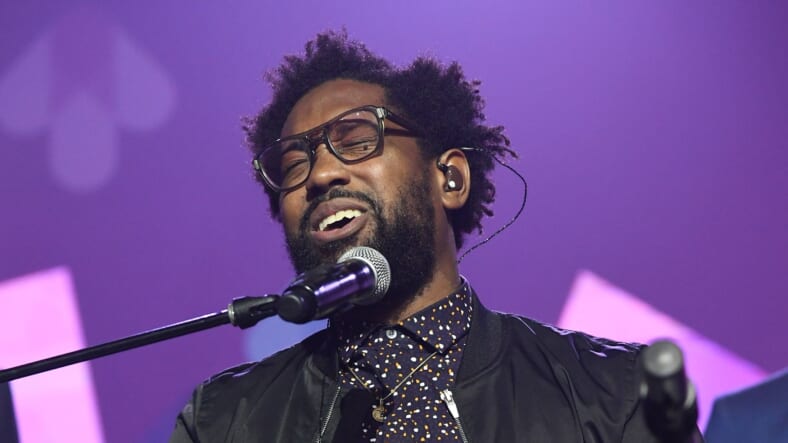 PJ Morton is set to perform alongside his Maroon 5 bandmates at the Super Bowl Halftime Show despite the controversy surrounding the #TakeaKnee movement.

The Grammy-winning R&B singer who is nominated for four awards at next month’s big event revealed his reasons for agreeing to participate in the big game, despite his support for Colin Kaepernick during a recent interview with PEOPLE.

“I think there are plenty of people — a lot of the players, to be honest — who support Kap and also do their job for the NFL. I think we’re doing the same thing. We can support being against police brutality against black and brown people and be in support of being able to peacefully protest and still do our jobs. We just want to have a good time and entertain people while understanding the important issues that are at hand,” he said.

“There was a lot to go into that decision.”

While it’s clear PJ Morton has been paying attention to the controversy surrounding the NFL, he’s willing to focus on the positive.

WATCH: Sterling K. Brown and Omari Hardwick talking about how much they love their wives in PJ Morton’s new music video is giving us all the feels today

When asked if he plans to make some sort of statement during his time onstage, the talented musician left it up in the air.

“We’ll see, man,” he told PEOPLE. “We got some time before we get there, and whatever we do, I’m going to stand behind [it] and be proud to be up there doing what I do. I want to make sure we get the show down, and that’s the matter at hand right now.”

He also took time to weigh in on some of his fellow-performers including Travis Scott and Big Boi, both scheduled to perform at the Super Bowl Halftime show.

“Travis is an amazing musician, and he has had an amazing year,” Morton said. “Big Boi is Atlanta royalty. I went to Morehouse College so I was in Atlanta during the time when Outkast was really going. It was important to us to have an Atlanta legend a part of this.”