Loose lips: Don Cheadle refuses to do movie press with Avengers costars because they talk too much 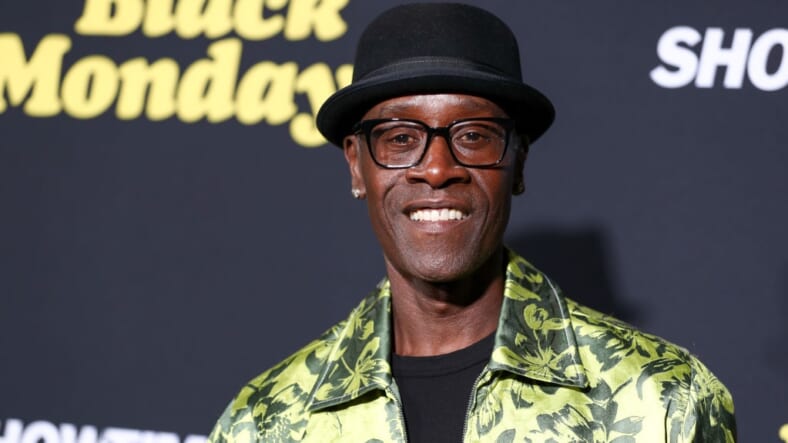 Don Cheadle did not hold back his feelings about his Avengers: Endgame costar Mark Ruffalo, who he says runs off at the mouth so much that he’s refusing to do any press with him, PEOPLE reports.

Cheadle sat down with The Tonight Show Starring Jimmy Fallon to open up about how Ruffalo needs to close his mouth when it comes to spilling the tea and giving spoilers about their Marvel movies.

“He runs his mouth a lot,” Cheadle said about Ruffalo who plays the Hulk in the superhero series.

“Why do I need that hassle?” Cheadle quipped. “I don’t need to be sitting next to him when he blows the whole reveal of the movie. Him, Tom Holland, they both…little chatty.”

What Cheadle is referring to is the big slip Ruffalo let go back in 2017 when he gave up the ending of Avengers: Infinity War during an interview with Good Morning America.

“Wait til you this next one. Everybody dies,” Ruffalo said.

“Not everybody, no,” Ruffalo said trying to clean up the slip of the tongue.

Ruffalo then asked Cheadle if he told too much.

Ruffalo later asked Cheadle if he’d get in trouble

The next installment of the Avengers film comes out in May 2019.

Cheadle and Regina Hall are heading to the small screen and are set to star in Showtime’s new limited series Black Monday along with Andrew Rannels tonight.

The show is set on October 19, 1987; the date dubbed “Black Monday” because it was the worst stock market crash in history. Ever since the historic down day on Wall Street, no one has ever discovered who or what was responsible for the crash.

Now, the 10-episode comedy series aims to unveil  “the story of how a group of outsiders took on the blue-blood, old-boys club of Wall Street and ended up crashing the world’s largest financial system, a Lamborghini limousine, Don Henley’s birthday party and the glass ceiling.”

Will you be watching?