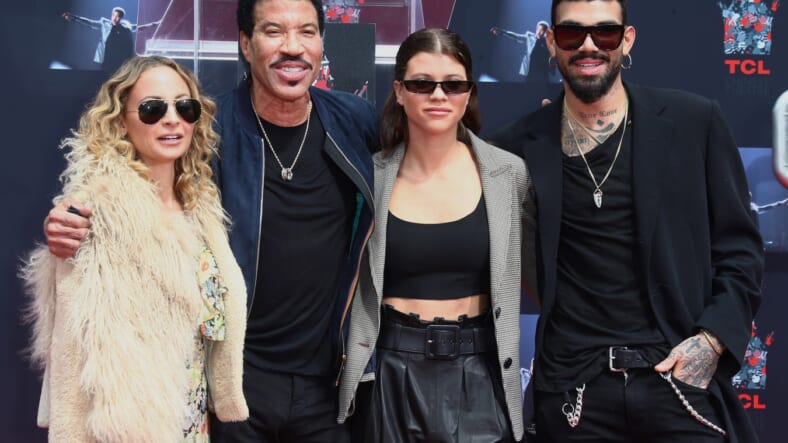 Miles Brockman Richie, son of music icon Lionel Richie, was cautioned and detained by police at London’s Heathrow Airport after he became irate when he learned he could not get on a flight and claimed he had a bomb in his bag and allegedly got into an altercation with officials.

According to TMZ, Richie allegedly became enraged when he wasn’t allowed to board an airplane. He told authorities he had a bomb in his bag, which he would detonate if he wasn’t able to board the plane. When security arrived, he allegedly punched one of the guards.

“On Saturday, January 19, a 24-year-old man accepted a caution for communicating false information causing a bomb hoax and battery following an incident at Heathrow Terminal 5 earlier that morning,” a Metropolitan Police spokesperson told US Weekly although he refused to confirm the name of the person who was allegedly detained.

Miles is said to have been issued a caution and released. In England, a caution is a formal warning given to someone who has admitted they are guilty of a minor crime and forms part of the person’s criminal record, according to askthepolice.co.uk.

Miles is the brother of Sofia and Nicole Richie and is Lionel’s only son. He and Sofia are Lionel Richie’s children by dancer Diane Alexander. Both Miles and Sofia work as models; with Miles making his runway debut at New York Fashion Week last February, according to W magazine.

He is friends with Khloé Kardashian and Kylie and Kendall Jenner, and in 2014 was in the headlines after he let then-16-year-old Kylie tattoo her initials onto his hand while they were hanging out at a recording studio with Khloé’s boyfriend at the time, French Montana.

Lionel Richie has not released a statement about the incident.