Reggie Bush calls out Goodell, says he is ‘wrong’ about Kaepernick 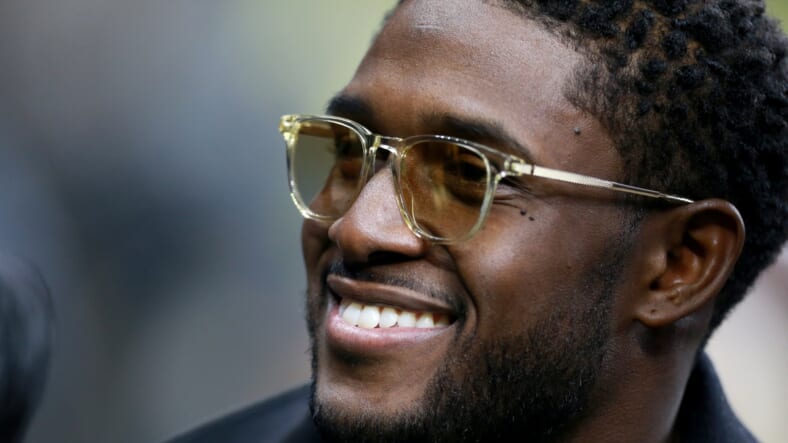 Roger Goodell‘s explanation, during the State of the NFL press conference, of why Colin Kaepernick is not playing in the NFL is complete garbage, according to Reggie Bush, Kap’s former 49ers teammate who added that his friend is better than every NFL backup QB currently playing – and even some starters.

The truth is the NFL is not giving Kap a chance due to him taking a knee for Black lives and against racial injustice, not for the dubious claims Goodell made in the State of the NFL press conference. The ostracized quarterback has what it takes to help an NFL team win, Bush said. He should know: he’s seen it up close and personal.

“Kaepernick should be in the NFL right now, but he’s not ’cause none of the owners are giving him a shot,” Bush told TMZ.

During the press conference when Goodell was asked about the league’s collusion against Kaepernick, Goodell said “I’ve said it many times – privately, publicly – that our clubs are the ones that make decisions on players that they want to have on their roster… I think if a team decides that Colin Kaepernick or any other player can help their team win, that’s what they’ll do. They want to win, and they make those decisions individually in the best interest of their club.”

This flies in the face of what star quarterbacks like Tom Brady and Aaron Rodgers and winning coaches, John Harbaugh and Pete Carroll, who have said: Kaepernick deserves to play in the NFL based on his talent, alone.

Bush, who himself has worked with winning quarterbacks like Drew Brees, said he knows talent when he sees it and Kaep is talented. Bush played with Colin in San Francisco in 2015.