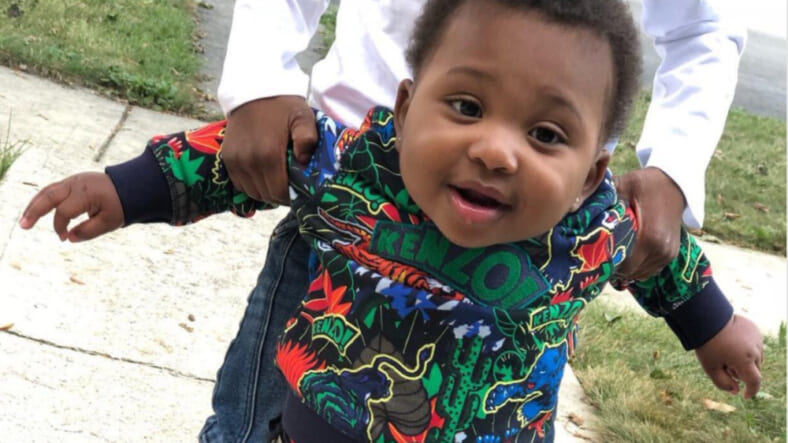 Dijon "Chase" Walker is on life support after being shot in the head in Chicago. (Walker/Chicago Tribune)

Chicago police are investigating the senseless shooting of a baby boy, who was shot in the head in the back seat of his grandmother’s SUV Thursday night.

The grandmother, who was driving and had just stopped in front of a family member’s house, told police she heard the car windows shatter and looked back to find her grandson, identified by family as Dijon Walker, shot in the head, according to The Chicago Sun-Times.

Four other passengers in the vehicle were reportedly unharmed.

The grandmother drove the infant to Little Company of Mary Hospital in Evergreen Park but he was later transferred to Comer Children’s Hospital, police said. The boy remains in critical condition.

No motive has been identified by police in the shooting.

“He’s on life support and it doesn’t look good,” the boy’s grandfather, Melvin Freeman, told reporters outside the hospital. “He was just a baby.”

The Rev. Michael Pfleger, a South Side priest who is known for his activism, has offered a $5,000 reward for anyone who ID’s the shooter by Sunday night. Another activist, Andrew Holmes, threw in an additional pledge for $1,000.

Freeman said his grandson went by the name Chase. “He was walking, he was a fun baby,” he said. “He made your day.

Police are urging witnesses to submit tips to cpdtip.com.