LeBron James, who many call the NBA's best player, is bringing a new documentary on the man many consider boxing's GOAT to the network 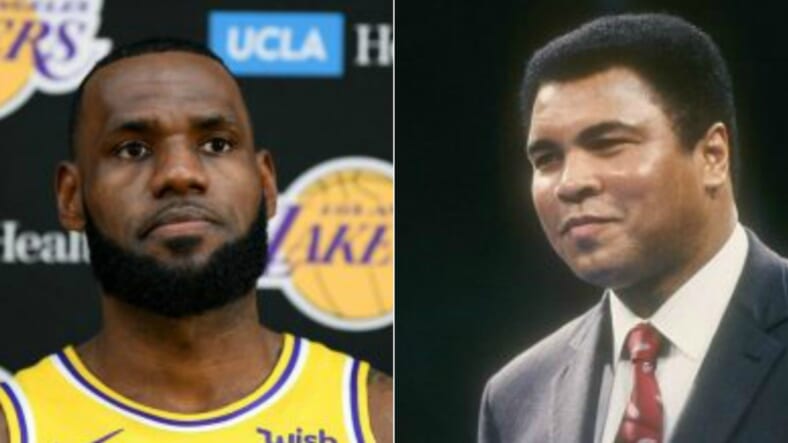 A two-part documentary on Muhammad Ali, the late former heavyweight champion, executive produced by LeBron James and Maverick Carter, founders of SpringHill Entertainment, will debut on HBO this spring.

The documentary, “What’s My Name: Muhammad Ali,” is the first feature-length documentary of its kind on the Louisville, Ky.-born champion, who so many call “The Greatest.” The two episodes will air back-to-back on HBO on May 14th at 8 p.m. Antoine Fuqua, who directed “Training Day,” will direct the documentary.

What’s unique about “What’s My Name” is that it is told through the use of Ali’s own words narrating and includes some never-before-seen-footage, sure to be something that entices Ali fans and admirers to tune in.

“Muhammad Ali transcended sports in a way that the world had never seen before,” James said, according to Yahoo. “It’s an honor to have the opportunity to tell his incredible and important story for the coming generations. He showed us all the courage and conviction it takes to stand up for what you believe in. He changed forever what we expect a champion to be, and I’m grateful that SpringHill gets to be a part of continuing his legacy.”

James pitched the documentary to HBO and the company accepted. Kary Antholis, president of HBO Miniseries and Cinemax programming, said it was Ali’s legacy and James’ connection to the boxing icon that made the decision super easy for the cable network.

“Muhammad Ali is indisputably one of the most iconic and distinctive figures in the history of sports,” said Antholis told Yahoo. “His impact resonates far beyond the boxing ring and is woven deep into the cultural and social tapestry of the second half of the 20th century. His personality, his voice, his message, and his legacy all endure as an important element of American history.

“From the moment LeBron James told us of his deep visceral connection to Ali’s life and legacy, we were committed to helping him and Antoine Fuqua realize this film about one man’s incredible journey and the impact he had upon the world, he said.”

Ali’s widow, Lonnie, said the documentary will bring Ali’s story to a younger audience who might not be familiar with him.

“We are at a time in American history when we look to a new generation of heroes like LeBron James to carry on Muhammad’s legacy, not only by remembering Muhammad, as is done so eloquently in this documentary, but also through their own words and deeds,” Lonnie said. “I’m grateful to LeBron, Maverick Carter, SpringHill Entertainment and HBO for advancing the ideals that Muhammad believed in and fought for throughout his life.”