Associated Press
Amazon says it will not be building a new headquarters in New York City and will not look for another location.

NEW YORK (AP) — Amazon says it will not be building a new headquarters in New York, a stunning reversal after a yearlong search.

The online retailer has faced opposition from some New York politicians, who were unhappy with the tax incentives Amazon was promised.

Amazon said Thursday it does not plan to look for another location, and will continue to build out offices in Arlington, Virginia, and Nashville, Tennessee.

By JENNIFER PELTZ and DAVID KLEPPER, Associated Press
NEW YORK (AP) — Gov. Andrew Cuomo warned Friday about what he called “political pandering” to critics of Amazon’s proposed secondary headquarters amid a report that the company is reconsidering its planned New York City headquarters.

But opponents said they’d keep fighting a project they consider corporate welfare.
The back-and-forth came after The Washington Post reported that Amazon is having second thoughts because of some local politicians’ opposition to the nearly $3 billion incentive package. The report cited two unnamed people familiar with the company’s thinking.

In response, Amazon would say only that it’s engaging with small business owners, community leaders and educators, pointing to its pledges to fund high school computer science classes and contribute to job training.

“We are working hard to demonstrate what kind of neighbor we will be,” the Seattle-based company said in a statement.

Noting the Post’s report, Cuomo accused the state Senate — whose leader recently tapped an Amazon critic for a board that might have sway over the project’s subsidies — of “governmental malpractice” and siding with those who are “pandering to the local politics.”
“And that’s what could stop Amazon,” he said at an unrelated event on Long Island. “I’ve never seen a more absurd situation where political pandering, and obvious pandering, so defeats a bona fide economic development project.” 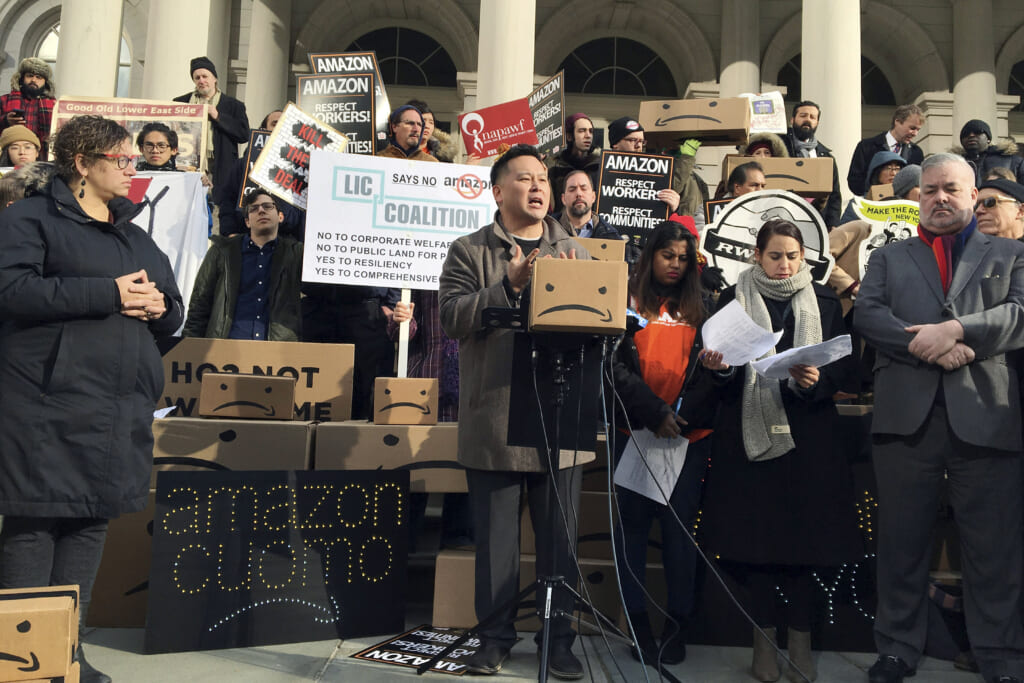 “It is irresponsible to allow political opposition to overcome sound government policy,” he said.

Cuomo and the Senate leadership are Democrats, as are many of the deal’s critics.
Cuomo and Democratic Mayor Bill de Blasio say Amazon will transform Queens’ Long Island City area into a high-tech hub and spur economic growth that will pay for the $2.8 billion in state and city incentives many times over.

“The mayor fully expects Amazon to deliver on its promise to New Yorkers,” spokesman Eric Phillips said in response to the Post’s report.

Construction-industry groups urged the public and officials to get behind a plan projected to create at least 25,000 jobs in a decade: “It’s time to stop the showboating,” declared Gary LaBarbera, president of the Building and Construction Trades Council of Greater New York, a group of unions.

Critics see the project as an extravagant giveaway to one of the world’s biggest companies and argue it won’t provide much direct benefit to most New Yorkers. Several welcomed the news that Amazon might be rethinking the plan.

“We rose up and held the line. … It’s not over, but I’m proud of the values we fought for,” Democratic City Councilman Jimmy Van Bramer, who represents Long Island City, said in a statement.

Democratic Rep. Alexandria Ocasio-Cortez, whose district includes some nearby neighborhoods, suggested on Twitter that the report showed people can “come together and effectively organize against creeping overreach of one of the world’s biggest corporations.”

The Post said no firm decision had been made about whether Amazon would pull out of the deal.

“I don’t know if they’re serious or not, and frankly, I don’t care,” said Sen. Michael Gianaris, a Democrat who represents Long Island City and calls the agreement bad policy. “If their view is ‘we’re going to extort New York or we’re going to leave,’ then they should leave.”

State Sen. Andrea Stewart-Cousins nominated Gianaris earlier this week to a little-known state panel that could ultimately be asked to approve the subsidies. Cuomo has the final say over appointments. 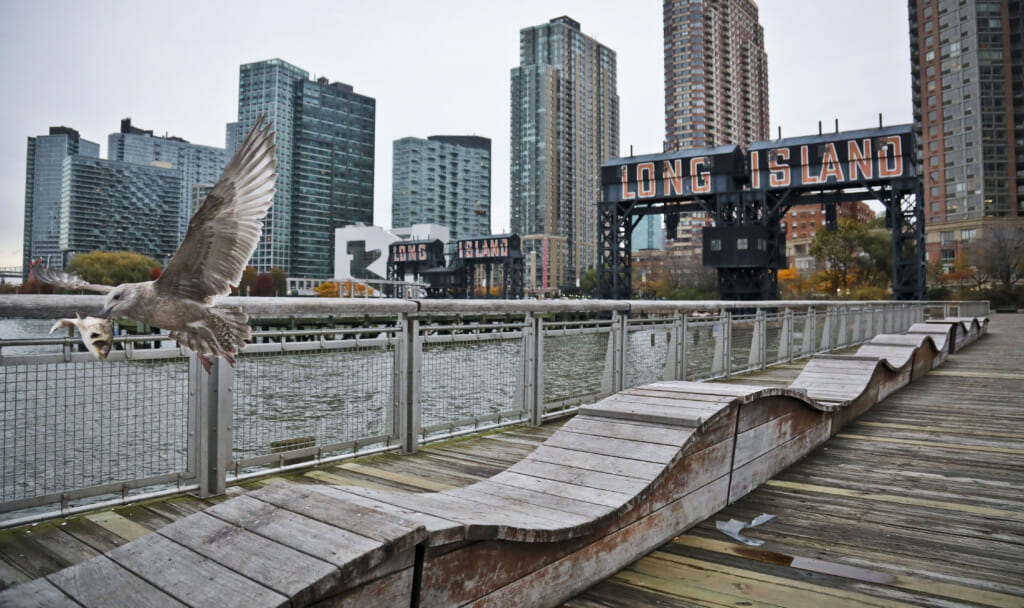 After Cuomo’s remarks Friday, a spokesman for Stewart-Cousins said it was “unfortunate that the governor is trying to divide the Democratic Party at this crucial and historic time.”
A Quinnipiac University poll released in December found New York City voters support having an Amazon headquarters, by 57-26 percent. But they were divided on the incentives: 46 percent in favor, 44 percent against.

The survey had a margin of error of plus or minus 3.8 percentage points.
___
David Klepper reported from Albany. Associated Press writer Bernard Condon in New York contributed. This story has been corrected to say that a quote that had been attributed to Sen. Andrea Stewart-Cousins came from her spokesman.