They didn't put it out there, but thanks to a friend's social media post, it turns out the filmmaker and his wife will be welcoming their first child 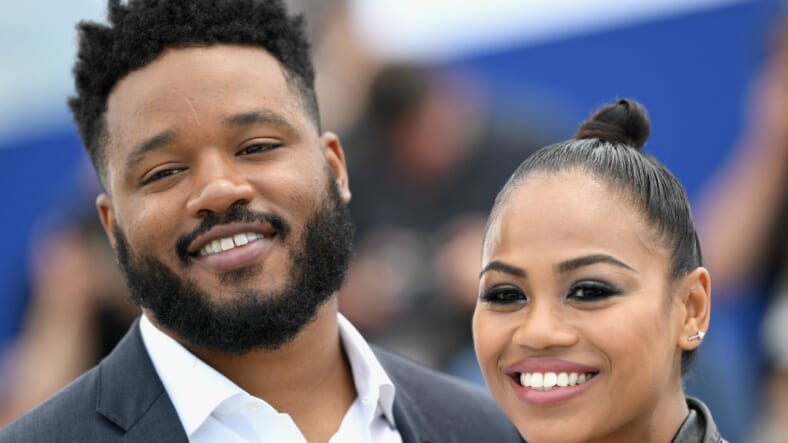 With one of the most popular movies of 2018 under his belt, filmmaker Ryan Coogler has a lot to celebrate these days. Just ahead of the Oscars, it was revealed that the Black Panther director and wife, Zinzi Evans, are expecting their first child together.
Coogler and wife, who like to maintain their privacy, didn’t confirm the news themselves but a post on hairstylist Alexander Armand’s Instagram page spilled the beans. The photo included a suited up Coogler and an equally elegant — and visibly expecting — Zinzi, that eventually broke the news and went viral.
READ MORE: Ryan Coogler there could be a Women of Wakanda spin-off and we already can’t wait

Coogler, 32, who had already made his name as a filmmaker with the Rocky spinoff Creed, as well as Fruitvale Station which told the story of the police killing of Oscar Grant, he has been riding high with the blockbuster success with Black Panther. In addition to signing on for the movie’s sequel, he will also team up again with Michael B. Jordan for Wrong Answer, about the Atlanta schools cheating scandal, Variety announced in 2017.
READ MORE: Jordan Peele offers first look at his bone-chilling new movie with Lupita Nyong’o and Winston Duke
As far as whether the couple, who have been together since their college years, is expecting either a boy or a girl, that’s yet to be determined, however, Coogler says he is definitely #TeamGirl all the way. After creating strong female leads to represent the women of Wakanda, Ryan is all for females being the future, pointing out that his earliest desires for a daughter started during his 2013 work on the emotionally-driven Fruitvale Station:
“I found I want daughters real, real bad. Like plural. I thought, making Fruitvale (Station), I want kids. But like, on this one, I have to have some daughters.”
READ MORE: 4 things we didn’t know about ‘Black Panther’