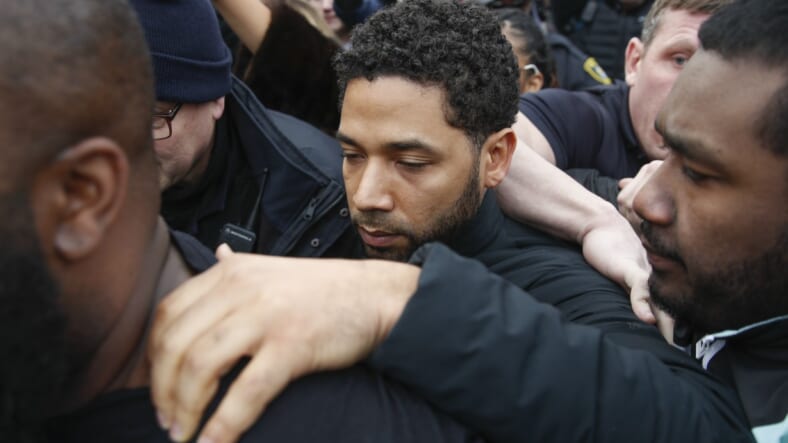 Senator Kamala Harris opened up about being “disappointed” at the latest revelations in the Jussie Smollett saga that names the Empire star as the architect of a fake hate crime plot.

Previously Harris said of Smollett: “@JussieSmollett is one of the kindest, most gentle human beings I know. I’m praying for his quick recovery,” she wrote on Twitter in January when the story first broke.

Weeks after the Democratic presidential contender came out in support of Smollett after he reported that he was attacked and had racist and homophobic slurs hurled at him and a noose-type rope tied about his neck, Harris released a statement and condemned the actor for making “false” claims.

“Like most of you, I’ve seen the reports about Jussie Smollett, and I’m sad, frustrated and disappointed. When anyone makes false claims to police, it not only diverts resources away from serious investigations but it makes it more difficult for other victims of crime to come forward.

“At the same time, we must speak the truth: hate crimes are on the rise in America. Just last year, the FBI released statistics that revealed a 17 percent increase in the number of hate crimes in America.

“Part of the tragedy of this situation is that it distracts from that truth, and has been seized by some who would like to dismiss and downplay the very real problems that we must address. We should not allow that. I will always condemn racism and homophobia. We must always confront hate directly, and we must always seek justice. That is what I will keep fighting for.”

Continuing to campaign, Harris had lunch at Sylvia’s Soul Food in Harlem on Thursday with Rev. Al Sharpton, who has also called for Smollett to “suffer the maximum” if he is found guilty of orchestrating the hate crime.

Just hours after he was released from jail Thursday on $100,000 bond, Jussie Smollett made an emotional plea to his Empire castmates and continued to maintain his innocence, TMZ reports.

“I’m sorry I’ve put you all through this and not answered any calls,” he said addressing everyone on the set, the report says. “I wanted to say I’m sorry and, you know me, I would never do this to any of you, you are my family. I swear to God, I did not do this.”

Meanwhile, Smollett’s legal team released a statement on social media, calling him “a young man of impeccable character and integrity who fiercely and solemnly maintains his innocence.”