Meanwhile, his legal team called him "a young man of impeccable character and integrity who fiercely and solemnly maintains his innocence." 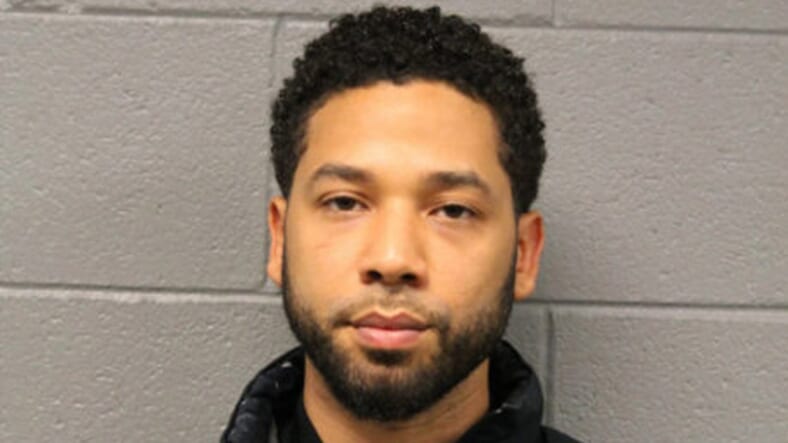 Just hours after he was released from jail Thursday, Jussie Smollett made an emotional plea to his Empire castmates, TMZ reports.

“I’m sorry I’ve put you all through this and not answered any calls,” he said addressing everyone on the set, the report says. “I wanted to say I’m sorry and, you know me, I would never do this to any of you, you are my family. I swear to God, I did not do this.”

Before the dramatic statement, the cast and crew waited about 30 minutes for the embattled star to appear to shoot a scheduled scene. But producers asked Smollett, who had been crying a lot, to return after getting himself together to shoot the scene. He reportedly did, writes TMZ.

Meanwhile, his legal team released as statement on social media, calling him “a young man of impeccable character and integrity who fiercely and solemnly maintains his innocence.”

New from Chicago: Jussie Smollett's legal team says he is "a young man of impeccable character and integrity who fiercely and solemnly maintains his innocence.." pic.twitter.com/w6ZFNNI3GT

Earlier on Thursday, Smollett rushed through a crowd of people from the courthouse to head to the set of the Fox show located at Chicago’s Cinespace Studio after being released from jail. His bail was set at $100,000.

He was followed by news helicopters and trucks on the way to the show’s set location.

Smollett is scheduled to return to court on March 14, according to ABC 7 Chicago.

READ MORE: OPINION: Chicago and its police department are hypocritical as hell for blaming Jussie Smollett for ‘smearing’ the city

Fox released a statement on Thursday morning regarding the controversy surrounding the Empire actor saying, “We understand the seriousness of this matter and we respect the legal process. We are evaluating the situation and we are considering our options.”

TNT officials also told ABC News plan to pull an episode of the series Drop the Mike, which starred Smollett.

“We are pulling the episode in the interest of not being exploitative of an incredibly sensitive situation,” TNT said in a statement to ABC News. “We are holding on airing his episode for now and we are replacing it with the Raven Simon vs Ron Funches and Joey McIntyre vs Joey Fatone episode.”