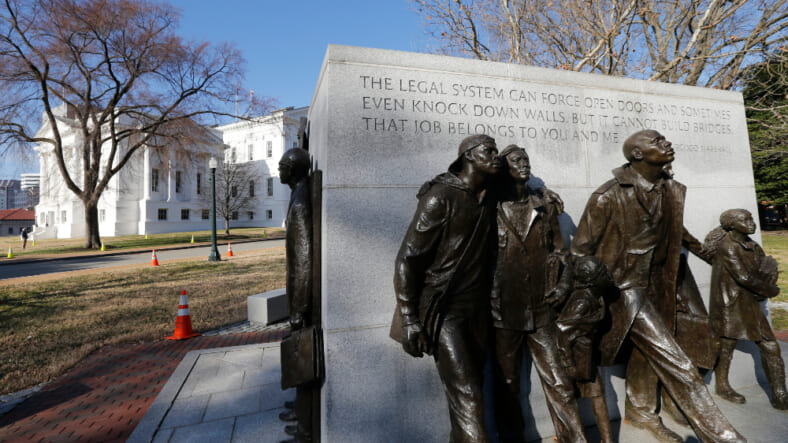 According to The HuffPost, a “culturally insensitive” lesson at Madison’s Trust Elementary School required students to simulate moving through the Underground Railroad. But when parents learned about the exercise, the backlash was swift and unforgiving.

The goal of the game was to teach students teamwork, communication and cooperation, but Wayde Byard, spokesman for Loudoun County Public Schools, said while the students were not specifically assigned roles as slaves, the overall lesson “trivializes something that is important,” adding: “There was an error made here. … Slavery is not a game.”

Michelle Thomas, president of the NAACP’s Loudoun branch, noted that putting Black students in demanding situations such as role playing slavery “makes light of the “terroristic institution of slavery.”

“We don’t know how much of this is willful ignorance, how much of it is white privilege and how much of it is an intentional racist action or if it’s a combination of all three,” she said. “It’s unacceptable, and it undermines the community and the education that our children receive.”

Madison’s Trust Principal David Stewart said in a letter to parents on Feb. 12.

“I extend my sincerest apology to our students and school community,” Stewart wrote. “This is contradictory to our overall goals of empathy, affirmation and creating a culturally responsive learning environment for all.”

The statement the district released, acknowledged that the county has previously struggled with “inequities in student achievement gaps, discipline disproportionality, underrepresentation of minority students in advanced programs and courses, and the lack of a diversified teacher workforce.”

“We acknowledge that this incident at Madison’s Trust is a symptom of a broader issue,” the statement e-mailed to HuffPost read.

The joint statement also outlines the district’s plans and “systemic approach” to address racism and inequity.

“A systemic approach and community partnerships are critical in addressing racism, cultural insensitivity, and inequity throughout the school division. We are committed to working together to address these issues until they no longer exist in our schools or community,” the statement continued.