The white, thin and blonde Barbie is being replaced with dolls that “promote progressive values” to represent the brand’s image. 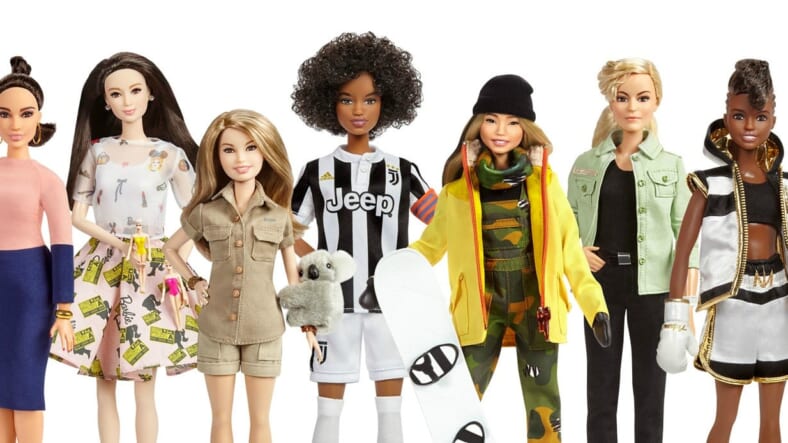 Looks like Mattel is finally creating Barbie dolls that reflect the diverse world we live in. The toy company is creating more physically and racially diverse dolls to commemorate Barbie’s 60th birthday on Friday, according to The Washington Post.

The white, thin and blonde Barbie is being replaced with dolls that “promote progressive values” to represent the brand’s image.

READ MORE: Charles Barkley says Celtics point guard Kyrie Irving ‘is one of the most miserable people I’ve ever seen’

“When you say ‘Barbie’ to someone, a very clear image of a blonde-haired, blue-eyed, slim doll comes to mind,” said Kim Culmone, Barbie’s vice president of design during an interview with The Telegraph in 2016. “In a few years, this will no longer be the case.”

The U.S. population is changing, and the original Barbie has lost its cultural relevance since it made its debut in 1959.

“Mattel has always presented a Barbie with an idealized body type and look, but the world is different now,” said Americus Reed, professor of marketing at the University of Pennsylvania’s Wharton School. “This is not your mother’s Barbie.”

Due to generational politics, Barbie has lost its cultural relevance since millennial parents are “more politically liberal” compared to generations before which relays over to their shopping habits. They tend to support businesses that fit their ideas and values, which has influenced other shoppers to support other doll brands such as Disney Princess dolls and Bratz because they were more diverse.

Mattel has taken note of this, along with other issues such as fluctuating sales.

“Focusing our efforts on diversity and inclusivity is resonating, as 55 percent of all the dolls sold in 2018 were diverse dolls,” Lisa McKnight, senior vice president told Adweek.

Reed, who has an 8-year-old daughter that is African American and Latina noted that she was excited to pick a Barbie doll that looks like herself, which promotes not only a positive experience but a good benefit for Mattel in the long run.

READ MORE: Two women living with R. Kelly claim their parents are lying in order to scam him out of money

“It’s creating context for when my daughter is older and has her own children,” Reed said. “A connection is going to be there, and Barbie will still be in the conversation.”

With this change, Barbie can show how they can still be relevant in the ever-changing social and political climate.