Before Jordan Peele Had Us Shook: 5 Classic Black horror films

Jordan Peele reserved the world premiere of his upcoming horror film Us for an all-Black press audience at SXSW in Austin, TX. last weekend. Let early feedback tell it, Us is a modern classic, which is doing very little to temper excitement for the film’s March 22 wide release.

Jordan Peele’s “Us” is a horror masterpiece. We are witnessing the birth of our modern day Hitchcock. 20 years from now we will ask one another what our favorite Peele film is & you will get 10/12 different answers. Incredible performance from Lupita Nyong’o! #UsMovie #UsFirst pic.twitter.com/vvHunYqSxd

#UsMovie just cemented Jordan Peele as the greatest horror mastermind of the decade. A terrifying, funny, smart, thoughtful movie with a phenomenal cast. Between this and Little Monsters we are living in the year of Lupita Nyong’o!

Us got me thinking about the small handful of Black horror film classics that exist already. The list is so short, you shouldn’t have a problem seeing them all before Us drops. (Note: Classic does not necessarily denote “good” so stay out of my mentions.) 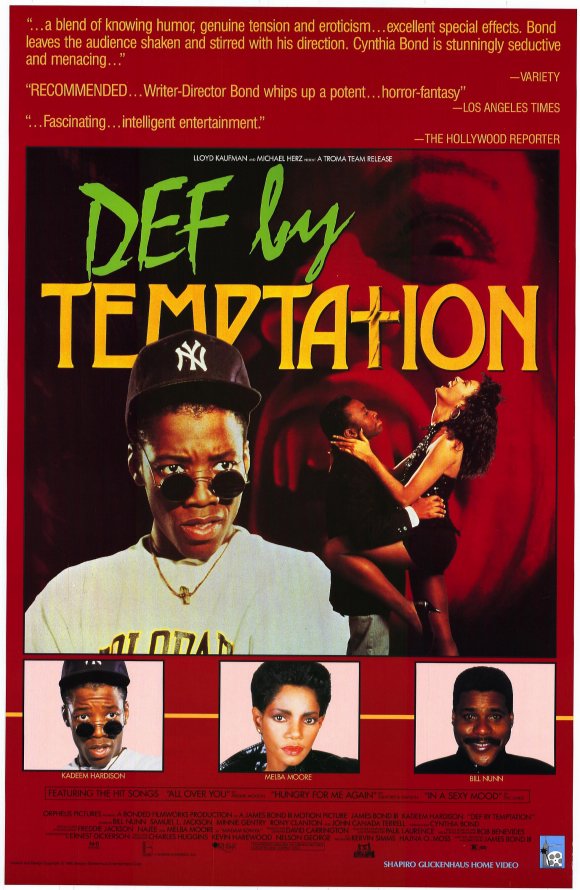 Filmed on what appears to be the budget of a softball team’s visit to a White Castle, Def By Temptation holds up as well as an Apple charger nearly 30 years after it came out. But if you’re looking for a light and amusing way to spend 90 minutes on a random weekend afternoon with your boo, you could do worse than this tale of a preacher’s son who visits his homie in New York City and gets caught up with a gorgeous woman. Except the woman is actually a demon succubus who murders any man who slides in bed with her. This morality tale takes advantage of skinny Kadeem Hardison’s A Different World fame and is one of the first in a string of seemingly interminable Samuel L. Jackson appearances in 1990s cinema. Tyler Perry would love this tale about the moral Black man and the evil, licentious black woman, but Black Twitter would destroy it in 2019. 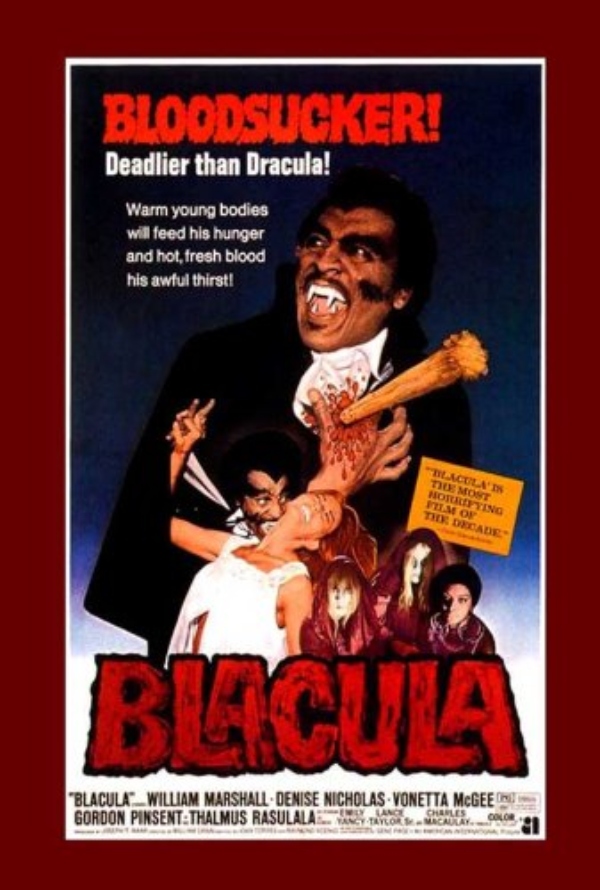 I first saw this blaxploitation horror classic when I was too young to make sense of it. It’s a tale about the (white) Count Dracula refusing to help an African prince put a stop to the transatlantic slave trade in the 18th century and then placing a curse on him. Hundreds of years later, “Blacula” is awakened in 1970s Los Angeles and wreaks havoc while chasing after a woman who reminds him of his wife from the 1700s. Despite being a progenitor of blaxploitation horror, it’s every bit as corny as just about all the movies from that era. Be prepared to snort pop out your nose with laughter as you watch. 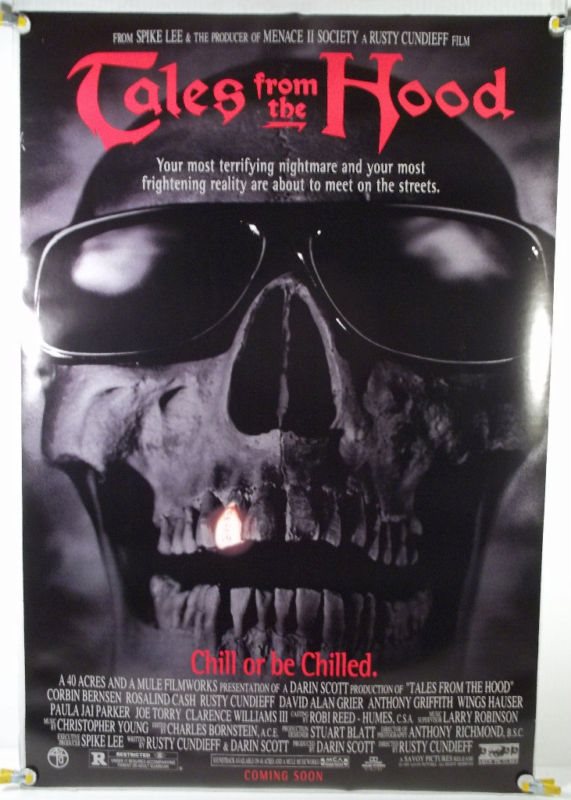 Tales from the Hood

Perhaps the most underrated film on this list, Tales from the Hood is a conventional horror anthology film layered with messages connected to politics, systemic racism, intra-racial violence, domestic abuse and the damage that white cops hath wrought. So much of it is as timely today as it was nearly a quarter-century ago – perhaps more so now. You know it’s a real one because it makes David Alan Grier a convincing bad guy. It also has a twist ending that you’ll be mad you didn’t see coming the first time following repeated viewings. 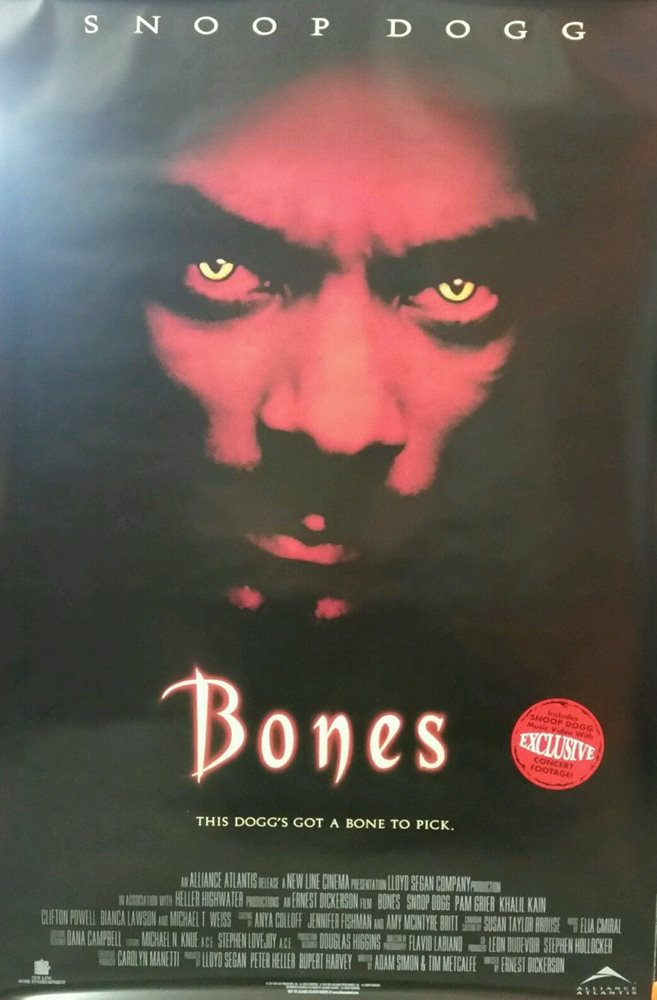 The idea of Snoop Dogg as a horror film villain sounds ridiculous now, and it was also ridiculous in 2001 when it actually happened. Bones is a throwback to the Blaxploitation era, about a murdered gangster who comes back from the grave for revenge via… a dog. It even comes complete with Pam Grier and Clifton Powell, who never missed the opportunity for a supporting role in a turn-of-the-century Black film. Will forever be immortalized for Snoop’s line, “Nuh-uh, brotha, I got a natural high…a supernatural high.”

I’d be a damn liar if I denied the fact that Candyman f—ed my whole world up when I saw it in the theater at 11. I was a huge horror fan at the time, but I’d never seen anything like that. Sure, the main character is a white woman, but the facts that Tony Todd played the titular ghost-villain and that the movie was largely set in Chicago’s notorious Cabrini-Green Projects (now gentrified condos that you can’t afford) definitely make this a Black horror classic. There are still plenty of grown-ass adults – with white hair and kids of their own – who would never dare to say “Candyman” five times in a bathroom mirror…a testament to the enduring power of this film.