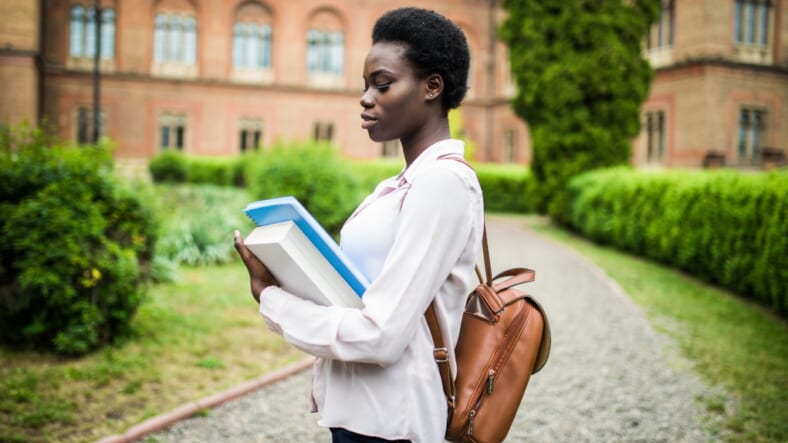 A year-long investigation into a prostitution ring at Fort Valley State University came to a head this week when the former executive assistant to the President was indicted for her role in the scandal.

Alecia Jeanetta Johnson was charged with six counts of prostitution and three counts of pimping and two counts of solicitation of sodomy on Friday, Fox 4 Atlanta reports. Prosecutors say the 49-year-old was whorin’-it-up across the campus; performing sex acts in exchange for money as well providing prominent men in the community with prostitutes.

Six men were also indicted on one count each of solicitation of sodomy, as well as two counts each of pandering for sexual acts alleged to have occurred in 2017 and 2018, ajc.com reports.

READ MORE: Deadshot said to be dropped from ‘Suicide Squad’ reboot as Idris Elba takes over

Jones was reportedly the university’s chief legal counsel until he was fired amid the headline-making controversy.

The district attorney said in a press release on Friday that the charges were “the result of a nearly year-long investigation into illegal conduct related to Fort Valley State University.”

Johnson, who was also a graduate adviser to a prominent black sorority on campus, was accused of being the ringleader of the prostitution operation that rocked the small historically black college located about 100 miles south of Atlanta. The Georgia Bureau of Investigation reportedly worked with the Macon Judicial Circuit District Attorney’s Office and launched an investigation in April 2018, at the request of the Georgia Attorney General’s Office.

READ MORE: Diamond and Silk insist that climate change is due to the Earth rotating ‘1,000 miles per hour’

Following news of the warrants issued in October for the arrest of the seven that were recently indicted, Fort Valley State released a two-paragraph statement saying its first priority is the safety of its students.

“We have consistently and aggressively worked with the University System of Georgia and law enforcement to ensure that anyone who allegedly puts our students at risk is investigated thoroughly and expeditiously, and have advocated for the most appropriate standards to be applied. While we cannot comment on the details of an ongoing investigation, we expect anyone who has compromised the trust of our students to be held accountable with all deliberate speed,” the statement said.