Darius Hinkle said when he realized his 1-year-old daughter Damani was choking on a penny, "The first thing on my mind was to get her to the hospital," he said in an interview. 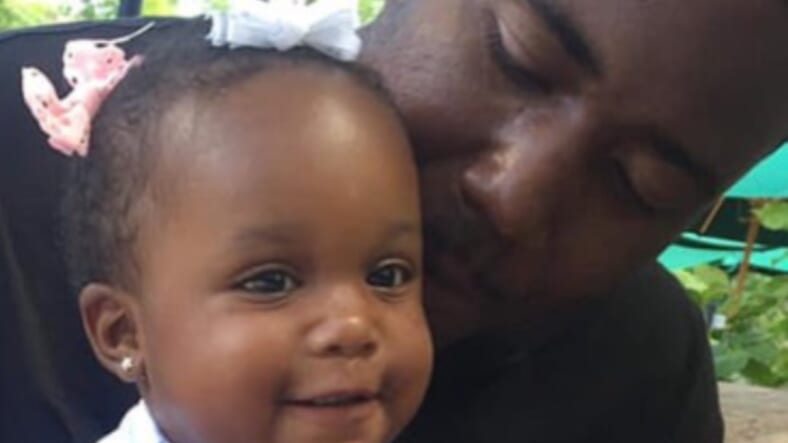 In the latest episode of #ParentingWhileBlack, several nurses at an Illinois hospital bonded a father out of jail after he was arrested for speeding while rushing his daughter to the emergency room.

Darius Hinkle said when he realized his 1-year-old daughter Damani was choking on a penny, “The first thing on my mind was to get her to the hospital,” he told KTVI.

READ MORE: Police on the hunt for shooter who injured two at Nipsey Hussle vigil

Hinkle doesn’t have a valid driver’s license, but that didn’t stop him from saving his daughter’s life, Newsweek reports.

“That’s my daughter. I wouldn’t want nothing to happen to her,” he said.

Officers clocked him going over 100 miles per hour, and Hinkle said several cops from multiple agencies chased him until he reached the Touchette Regional Hospital in Centreville, Ill.

The child’s mother Donecia Pittman said officers instructed them to exit the vehicle and put their hands up.

“I got out, put my hands up and yelled, and I told the police, ‘My baby is choking.’ And I told them multiple times that she was choking. They were just worried about the fact that we were speeding,” Pittman said.

While her daughter received treatment, her father was hauled off to jail.

After her daughter was treated and released, Pittman went to the jail to bond out Hinkle, but she was surprised when a nurse from the hospital greeted her and said she was there to do the same.

As it turned out, multiple nurses contributed to the young father’s bond, the bail amount was not revealed, the report said.

The couple is grateful to the nurses for their generosity and and for saving their child’s life.

“I just, I mean… I can’t thank them enough,” Hinkle told Fox7 Austin.

The nurses were reportedly moved by Hinkle’s commitment to his daughter’s wellbeing and so they decided to pooled their money to help a brotha out, according to the Daily Mail.

Folks across social media have expressed frustration with how the police officers handled the father. Hinkle even wrote on Facebook (via Daily Mail): “How could saving somebody life (my daughter at that) [be] worth going to jail over?”

He said one of the officers told him they would have done the same thing in that life or death situation.