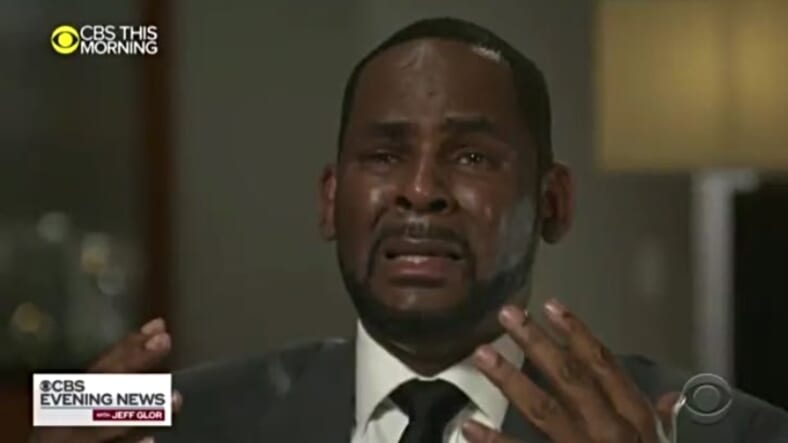 R. Kelly’s former landlord may be cashing in on his old music.

According to court documents obtained by The Blast, Midwest Commercial Funding– Kelly’s ex-landlord– hit Sony Music Holdings, Inc. with a subpoena and got the music company to freeze $264,535 in Kelly’s biannual royalty account. This amount will reportedly pay off the $173,855.08 in back rent Midwest was still owed on a judgement, which was awarded to the company after Kelly stopped paying rent on his Chicago music studio.

Not only was Midwest able to get Sony to freeze the R&B singer’s account, the company was able to retrieve $154,527.22 from one of Kelly’s Bank of America accounts, after a “turnover order” was issued. Now, Midwest says they only need $52,431.55 from the Sony account, and Kelly will be all paid up.

It is unclear whether any of Kelly’s other debts could be satisfied in a similar way.

Although it’s unclear when Kelly will be releasing new music, he has made it clear that he must perform to make money to pay his mounting legal expenses.

Over the weekend, the singer, whose full name is Robert Kelly, paid a visit to the Dirty South Lounge in Springfield, Ill., conversing with his fans, snapping selfies and singing briefly.

According to TV stations WICS and WRSP, Kelly thanked his fans for their support in the midst of his ongoing criminal case. Roughly 100 people paid between $50 to $100 to see him.

Kelly then gave the crowd a 28-second performance of one of his old songs.

On Kelly’s criminal case, and in light of the recent troubles of Michael Avenatti, the private attorney representing several of Kelly’s accusers, Kelly’s lawyers are alleging that Chicago prosecutors colluded with Avenatti and were pressured into pursuing a case.