Authorities in the Caribbean country say they have positively identified the two people who went missing while on vacation. They believe they were killed in an auto accident 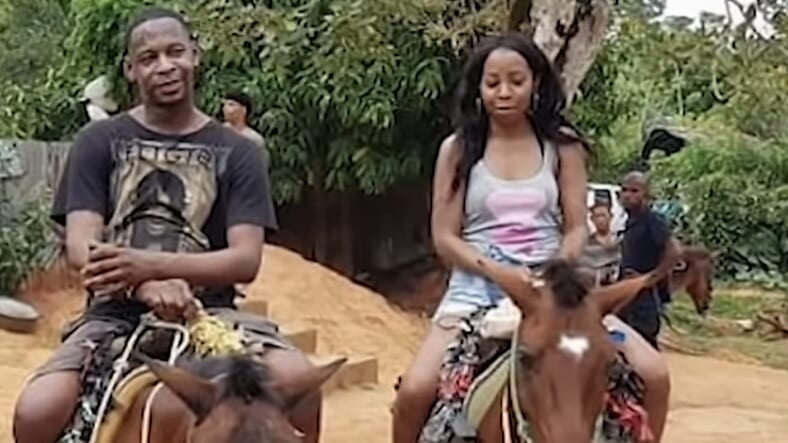 Authorities have confirmed the identities of the bodies of a suburban New York couple who went missing last month during a vacation to the Dominican Republic, as well as the likely cause of their deaths.

Orlando Moore, 40, and his girlfriend Portia Ravenelle, 52, of Mount Vernon, N.Y., went missing while on a four-day vacation to Santo Domingo in late March. The couple left the New York area on March 23, stayed at the Grand Bahia Principe Cayacoa resort on the country’s Samaná peninsula, and were expected back to the states on March 27, but they never returned.

Moore’s sister, Lashay Turner alerted the U.S. Embassy in the Dominican Republic and subsequently filed a police report. Turner previously said it was unlike her brother to “just run off on a hiatus … he’s gonna let someone know where he is.”

Other family and friends also said they hadn’t heard from them, according to CBS New York. There was speculation that the couple could have been a victim of robbery, which is known to occasionally take place in that part of the country due to the high volume of tourists.

However, police believe the couple were the victims of a car crash that took place when they were on their way back to the airport to return to the United States.

Police are now saying the car is at the bottom of the Caribbean Sea and has not been retrieved. CBS reports that Ravenelle appears to have initially survived the crash as she was found injured on the highway. She later died from those injuries. Moore’s body was pulled from the sea.

“Evidence gathered up to now has surmised that the disappearance of [Moore and Ravanelle] was the result of a traffic accident at Kilometer 19 of the America Highway. The vehicle was rented by the couple. It was last seen at the Marbella booth at 1:41 a.m. in the early hours of the morning on March 27,” National Police spokesperson Frank Félix Durán Mejía said.

Authorities said the car crashed into the Caribbean Sea, not far from the Santo Domingo airport. Durán Mejía told Dominican Republic newspaper Diario Libre that Ravenelle died in an area hospital after the accident. She was identified through fingerprints that were sent back to the states. Moore, he said, was identified by sending photos of his tattoos to his brother since fingerprinting was not possible as a result of body decomposition.

Police are now saying the car is at the bottom of the Caribbean Sea and has not been retrieved. CBS reports that Ravenelle appears to have initially survived the crash as she was found injured on the highway. She later died from those injuries. The body believed to be that of Moore was pulled from the sea, his tattoo, which read “MILANO” matching the one known to be on Moore.