Georgetown Students Vote for $27 Raise in Tuition for Slavery Reparations

Students at Georgetown University took a major step in reparations reform, after voting in favor to raise tuition at the school by approximately $27 per semester. 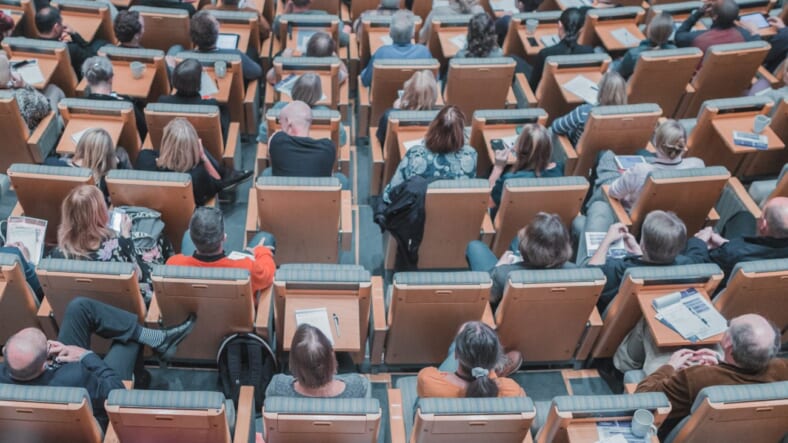 Students at Georgetown University took a major step in reparations reform, after voting in favor to raise tuition at the school by approximately $27 per semester.

On Thursday, nearly 66% of Georgetown students voted to raise tuition at the renowned university by $27.20 a semester. The funds would go towards providing reparations for nearly 272 students and descendants of slaves once owned, and later sold, by the school.

According to the New York Times, as it currently stands, the university, which is deemed one of the wealthiest in the nation, has a median family income per student of $229,000, with 74% of them coming from the highest-earning 20% of American households.

In 2016, Georgetown made the decision to provide admissions preference to descendants of the slaves sold by the school.

Shepard Thomas, a junior at Georgetown, and also a descendent of said slaves, told the news publication:

“The school wouldn’t be here without them. Students here always talk about changing the world after they graduate. Why not change the world when you’re here? It makes me feel happy that we, as students, decided to set a precedent for the betterment of people’s lives.”

In a statement provided by the university, Georgetown Vice President of Student Affairs, Todd Olson, stated:

“The university values the engagement of our students and appreciates that 3,845 students made their voices heard in yesterday’s election. Our students are contributing to an important national conversation and we share their commitment to addressing Georgetown’s history with slavery,” the statement started.

Olson then detailed the university’s ongoing efforts to represent the change in reparations reform.

“We understand that the goals of the student referendum are to honor the 272 enslaved individuals sold by the Maryland Jesuits in 1838 and to advance ’causes and proposals that directly benefit descendants still residing in underprivileged communities.’

This student referendum provides valuable insight into student perspectives and will help guide our continued engagement with students, faculty and staff, members of the Descendant community, and the Society of Jesus,” the statement concluded.