A political line splitting the HBCU campus is at the center of a Supreme Court case. While justices decide if gerrymandering is constitutional, students are demanding their voting rights 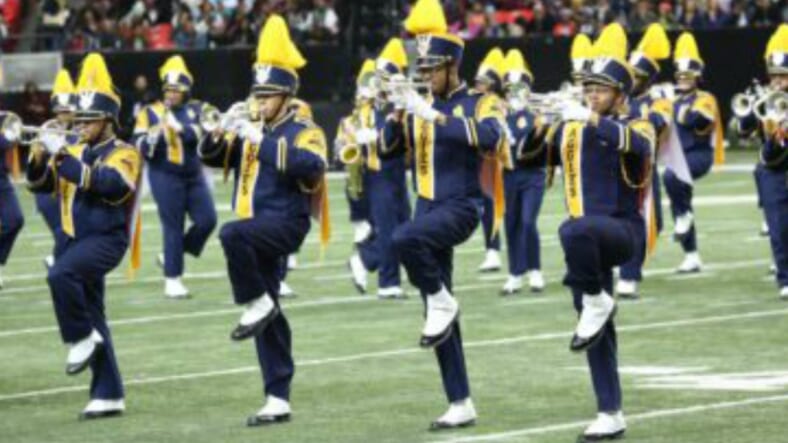 Students at North Carolina’s A&T University recently gathered together on Tuesday over a long-standing gerrymandering debacle which has literally split the campus.

As it currently stands, the campus at A&T University is oddly divided into two separate congressional districts, with Congressman Mark Walker representing one half of the split, and Congressman Tedd Budd representing the other. Both are Republicans.

On Tuesday, nearly 40 students, faculty members and supporters alike gathered on the steps of Gibbs Hall at the HBCU, to discuss the topic of partisan redistricting, or in their opinions gerrymandering, which is at the center of a case being argued in front of the Supreme Court. They believe the division illustrates how their voting rights are diminished.

The high court began to hear arguments on Tuesday on whether or not partisanship like this violates the U.S. Constitution. But the court’s ultimate decision will stretch farther than the A&T campus. House maps in several states could change as a result, or conversely it could give political mapmakers freedom to do as they wish when new districts are drawn in 2021, according to the New York Times.

Keonna Keesse, a third year student and leader of A&T’s Political Science Society, spoke up at the rally.

“This institution has historically played an important role in our society’s fight for change, and that still rings true today,” Keesse noted.

The A&T junior went on to say, “It is not by coincidence that the North Carolina legislature would target the largest (historically black university) in the nation and in North Carolina, by knowingly drawing a line in the middle of the campus, thereby diminishing the power of our vote,” the Greensboro News & Record reported.

In North Carolina, federal courts have ruled the last two congressional maps drawn by the Republican legislature in both 2016 and 2018, to be unconstitutional partisan gerrymanders. However, because the latest ruling against the map came so close to November 2018’s election, a panel of three federal judges said the current maps could be used one last time.

Last Fall, republicans won 10 of 13 congressional seats in November despite getting just 51 percent of the vote.

“The practice of gerrymandering suppresses all our voices and discourages faith in good government,” Love Caesar, a junior who is majoring in history and political science, said in front of reporters and supporters. “On this matter no one will silence us. We will speak up and we will stand up to end gerrymandering in this community.”

The Supreme Court is expected to rule on A&T case sometime this summer, according to the News & Record.