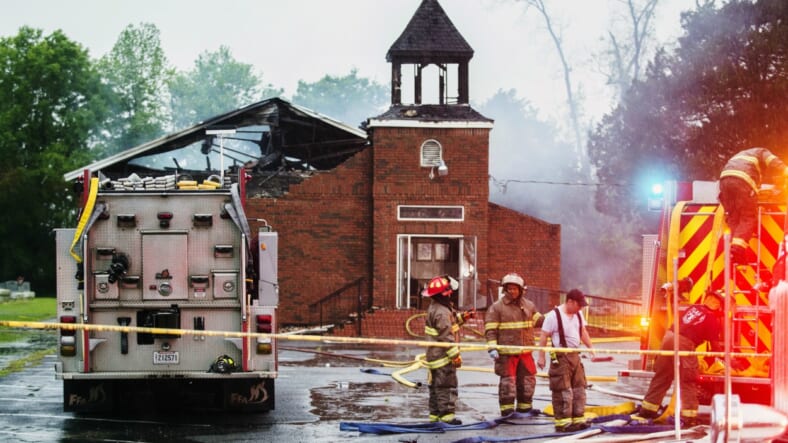 The fire that engulfed the Notre Dame cathedral in Paris and the resulting contributions for rebuilding efforts sparked concern for three Black churches in Louisiana burned to the ground in recent weeks.

Many took to social media to question why people, including Trump, were offering resources and support to Notre Dame’s rebuilding efforts while ignoring the after effects of the hate crime that destroyed three African-American places of worship.

“As we hold Paris in our hearts today, let’s also sent some love to our neighbors in Louisiana,” tweeted Hillary Clinton on Tuesday.

Journalist Yashar Ali also reminded people that the Louisiana churches should be supported in the same spirit as the Notre Dame church which garnered millions of dollars for its restoration process.

“It’s a blessing, truly a blessing,” the Rev. Freddie Jack, president of the Seventh District Missionary Baptist Association, about the campaign to collect funds for the Black churches.

Holden Matthews, the son of a sheriff’s deputy, was arrested and charged a week ago with setting the Louisiana fires which were set in late March. He’s been charged with three counts of hate crimes and a previous simple arson charge has been elevated to aggravated arson.