Historically Black colleges and universities (HBCUs) are considered a sacred space for people of color. But students at Howard University say their white neighbors in the increasingly gentrified DC neighborhoods surround their campus - didn't get that memo. 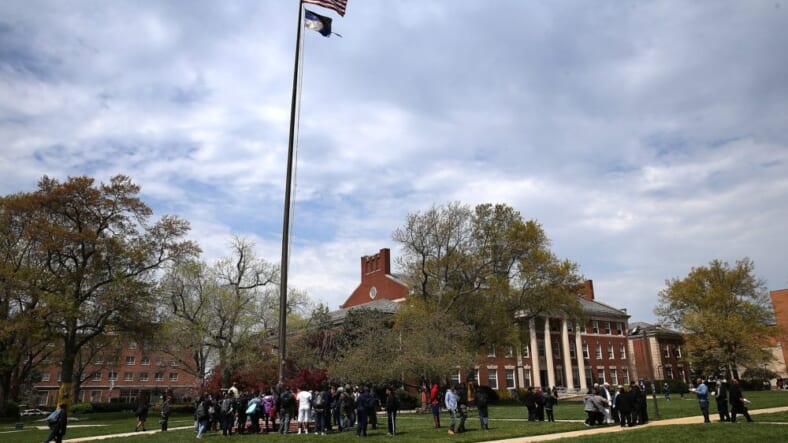 Howard University strongly objects to new residents around the open campus using “The Yard,” as a place for picnics and dog walking. (Photo by Win McNamee/Getty Images)

Historically Black colleges and universities (HBCUs) are considered a sacred space for people of color. But students at Howard University say their white neighbors in the increasingly gentrified DC neighborhoods surround their campus – didn’t get that memo.

According to DCist, students at the HBCU says that the ‘disrespectful’ and entitled new residents have tried to take over The Yard, an expansive green space located right at the center of campus, which is steeped in decades of Black history.

Instead of recognizing Howard University’s campus as a historical landmark, gentrifiers have allegedly attempted to aggressively turn the plot of land into a place to work out, walk their dogs or sit down for a picnic, with no regard to the students who live there.

“You know this is a university … this is a historically black university. And you feel so entitled that you’re just going to walk your dog there?” chastised Briana Littlejohn, a graduating senior at Howard. “I find it very disrespectful.”

I try not to even think about this but it keeps bothering me. Just one more weight. #wearenotaparkhttps://t.co/rkLzlDNKkV

Many believe this issue is a direct result of the changing demographics of the surrounding neighborhoods; which have begun to attract wealthier, white residents who are either ignorant to the cultural significance of Howard University or simply just don’t care enough to leave it alone.

“Younger people today just feel that it’s their neighborhood and they’re going to use it,” said Darren Jones, a resident who’s lived in the neighborhood for 60 years, but says he would never think of taking over Howard’s campus, but has noticed his new neighbors doing so.

To Jones’ point, in 2015, Howard students started the #WeAreNotaPark hashtag on Twitter to vent about their growing frustrations with locals using their campus as community space.

“Howard is our safe space, not your play place,” one of the tweets read.