Malissa Ancona said that she alone acted to end the life of the hate group leader, despite earlier claims that it was her son 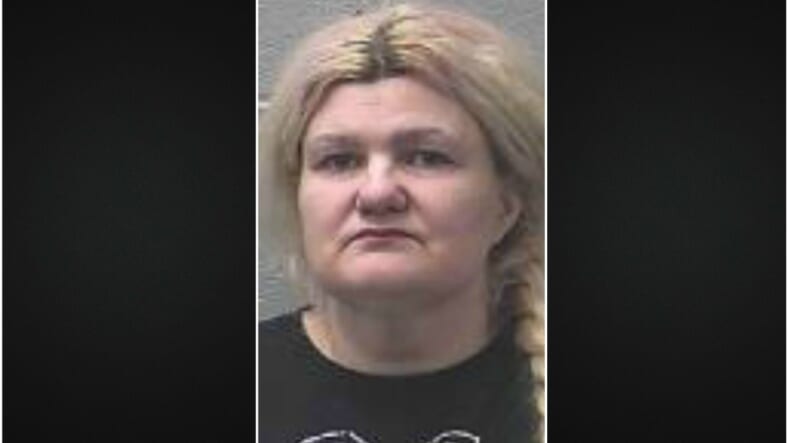 The wife of a Missouri Ku Klux Klan leader told a courtroom Friday that she fatally shot her husband in 2017 and that her son helped her clean up the scene, the St. Louis Post-Dispatch is reporting.

Malissa Ancona also admitted to cleaning the bloody walls of the bedroom she shared with her husband, Frank Ancona Jr., and trashing the stained bedding before dumping the body near Belgrade, Mo., the news organization reports. She pleaded guilty in St. Francois County Circuit Court to second-degree murder, evidence tampering and abandoning a corpse.

“I fired both shots that killed my husband,” Ancona told Judge Wendy Wexler Horn of the Feb. 9, 2017, death.

At the request of county prosecuting attorney Melissa Gilliam, Ancona clarified that her son, Paul Jinkerson Jr., played no role in the killing but did help her clean up the crime scene. Jinkerson has been charged with the same crimes as his mother.

Ancona, 51, was killed Feb. 9, 2017. He held the title of “imperial wizard” in the Klan group he was a part of. Malissa Ancona initially reported her husband missing but later she claimed that Jinkerson shot him in his sleep after he asked her for a divorce, according to the newspaper.

The Southern Poverty Law Center, which tracks hate organizations, told the Post-Dispatch that Ancona’s Klan group had about 40 members spread throughout chapters in Potosi, Mo., Hayden, Idaho, and Pennsylvania. Ancona was imperial wizard of the Traditionalist American Knights of the Ku Klux Klan.

Frank Ancona Jr.’s associates described the Klan leader as a loving person who was killed by his wife because he was planning to leave her.

Frank Ancona Sr. told the judge that when he identified his son’s body, he had “no face left.”

The victim’s daughter, Carolyn Ancona, told the judge of the hate group leader, “He didn’t deserve this. No one deserves this.”

Jinkerson’s trial begins on May 6.