The staff members and parents of students at the school voted to keep the auditorium named after the King of Pop. 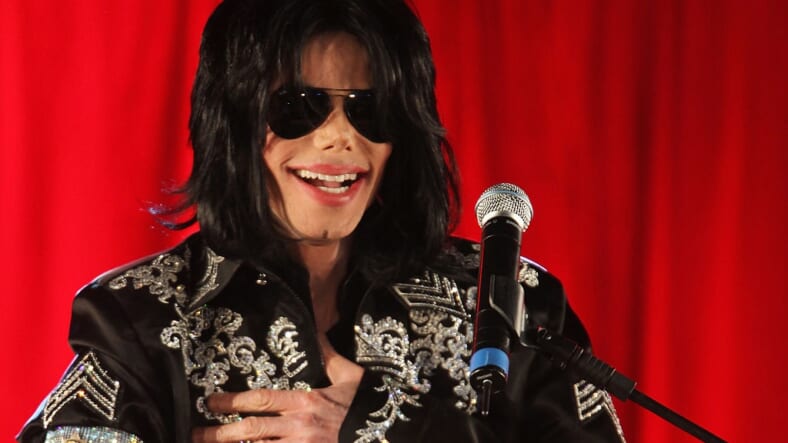 Michael Jackson's elementary school has decided not to remove his name from the auditorium. (Photo by Tim Whitby/Getty Images)

A Los Angeles school that once had Michael Jackson as a student has decided to keep its auditorium named in his honor, despite the recent revival of sexual abuse allegations.

Jackson was once a student at the Gardner Street Elementary school in Hollywood, eventually leaving once the career of The Jackson 5 skyrocketed. Last week, staff members and parents of students at the school voted to keep the auditorium named after the King of Pop.

The conversation to possibly rename the auditorium came after the premiere of HBO’s Leaving Neverland documentary. The film highlights Wade Robson and James Safechuck, who claim Jackson sexually abused them as children. Parents reportedly requested Principal Karen Hollis to remove Jackson’s name, while others stated the iconic singer was never convicted and his name should remain.

The Los Angeles Times reports 400 students currently attend the school, and while ultimately, the name was voted to remain on the auditorium, there are no details of the final vote count.

“A majority of those who participated voted to maintain the current name as the Michael Jackson Auditorium,” a statement from the Los Angeles Unified School District reads. “School leaders, teachers, and support staff will focus on preventing any further disruptions to the school and further impact to classroom instruction, student learning, and safety.”

READ MORE: Lawyers insist that R. Kelly was a no-show in court because he couldn’t read the document with date and details

The conversation surrounding renaming the auditorium received worldwide attention but also elicited a response from the Jackson estate. A spokesperson spoke out and urged Gardner Elementary to respect the right of Michael Jackson to be presumed innocent until proven guilty.

Robson, from the Leaving Neverland documentary, also revealed that he was a student at Gardner elementary before the accusations of Jackson and a different boy emerged.

“We lived in Hollywood close to Gardner Street School, which is why I went there,” said the Australia-born Robson to the Times. “This was right after Michael Jackson sponsored me to the U.S. and while he was still sexually abusing me.”

Robson also applauded the efforts of Gardner for making the matter of the auditorium’s name a community decision.

Michael Jackson attended Gardner as a sixth grader in 1969 after relocating to Los Angeles to Gary, Indiana. The auditorium was named in honor of Jackson in 1989.