The hood was made visible in his iconic work. 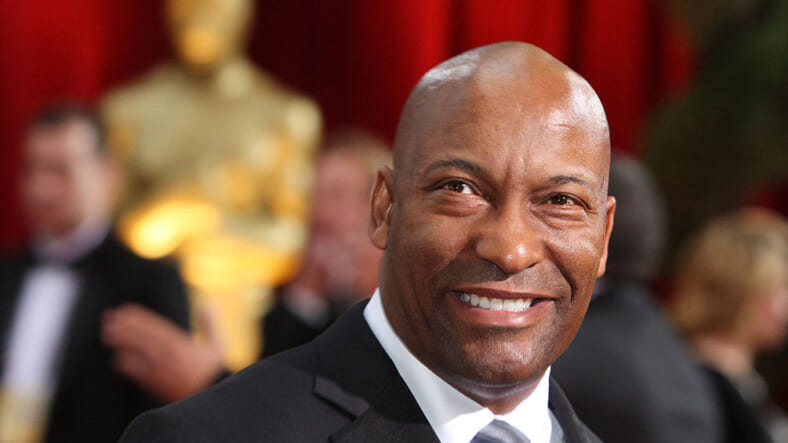 It’s not hyperbole to declare John Singleton, who died Monday at age 51 of complications following a stroke, a Black media trailblazer. In the early 1990s, he and Spike Lee were likely the only two Black directors with a reputation for shaking up mainstream Hollywood with challenging material that unflinchingly depicted Black urban life. His directorial debut Boyz N the Hood is a seminal classic, having influenced several directors who created films in its vein.

Singleton’s mark on Hollywood is forever. Here are five things he did to establish it:

1. He was the first Black person nominated for an Best Director Oscar

Despite being nearly three decades old, Boyz N the Hood still holds up in myriad ways. The lessons from Lawrence Fishburne’s Furious Styles remain poignant, and the hopelessness that the young denizens of South Central endure is still palpable in Trump’s America. Watching Ricky run from shotgun shells in a straight damn line doesn’t ever get any easier to watch, but the film sticks to your ribs like bread pudding. With Boyz, Singleton still holds the record as the youngest Best Director nominee at 24.

2. He created the excellent Snowfall
Singleton went back to his South Central 80s roots with Snowfall, the fantastic FX show that’s gearing up for its third season with a still-unannounced air date. Snowfall chronicles the rise of Franklin Saint, a black teenager who rises from peddling weed to kingpin status by capitalizing on the beginning of the 1980s crack epidemic. It’s probably the best crime drama on television right now – get thee to a screen and binge the first two seasons if you haven’t watched already.

3. He helped turn The Fast & The Furious into a $5 billion franchise
Singleton helmed 2003’s 2 Fast 2 Furious, a sequel to the commercial darling The Fast and the Furious, without Vin Diesel, that film’s main character. It was his most commercially successful film and avoided the sophomore slump that has helped the series continue going strong to this day, with eight films and one spinoff (Hobbs & Shaw) on the way.

4. He put on several Black actors
Before Tyler Perry was a thing, Singleton gave work to several Black actors whose careers might not exist without him. Boyz jump-started the careers of Morris Chestnut and Cuba Gooding, Jr., as well as the film career of ex-N.W.A. rapper Ice Cube. The movie also marks the first film appearance of newly-minted Oscar winner Regina King. Singleton gave Taraji P. Henson and Tyrese their first major film role in 2001’s Baby Boy, and for Poetic Justice, he gave Tupac Shakur his first role in a love story that demonstrated that he had more range than the angsty thug he played in Juice.

5. He made the movie that makes you hate white people more than any other
Forget about 12 Years a Slave, Amistad or Mississippi Burning: With 1997’s Rosewood, Singleton crafted a film that made every Black person want to walk into work the next day and backslap their white boss with their rings on. It’s the fictionalized account of the real-life 1923 Rosewood massacre, in which a white woman allegedly lied on a Black man and motivated multiple lynchings in a small Black town in Florida. Maybe stay away from Rosewood if you have to interact with Caitlyn and ‘em the next day…