Kwame Kilpatrick fails to get sentencing Judge removed from his Case

Federal prosecutors shot down his attempt to shift blame for his corruption charges and racketeering conviction. 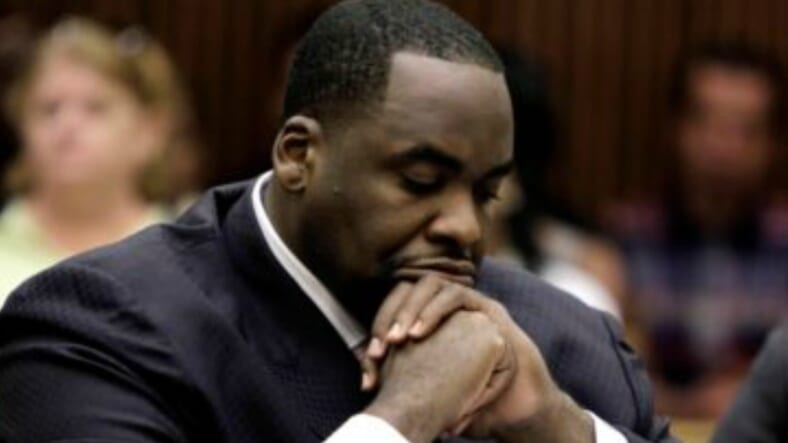 Former Detroit Mayor Kwame Kilpatrick sought to disqualify the U.S. district judge who issued his 28-year prison in 2013, saying she had a conflict of interest related to his attorney. But on Friday, federal prosecutors shot down his attempt to shift blame for his corruption charges and racketeering conviction.

As a convicted mayor of the motor city, Kilpatrick was indicted for the operation of a criminal enterprise out of City Hall that included “steering rigged water and sewer contracts,” The Detroit News writes.

In April, Kilpatrick filed a motion citing that Judge Nancy Edmunds had a personal relationship with his former lawyer, James Thomas, which prevented him from receiving a fair trial. This has been one of the many reasons he has cited over the past eight years as to why his lengthy prison sentence should be vacated.

Prosecutors responded to the conflict of interest allegations in a 22-page legal brief, noting that “In Kwame Kilpatrick’s view, the blame for his corruption convictions lies with everyone but him,” Assistant U.S. Attorney Andrew Goetz wrote in the court filing, detroitnews.com reports.

“He has never apologized, never accepted responsibility — never shown any remorse for extorting millions of dollars from Detroit city contractors. Instead, he has lashed out at every possible scapegoat: the government, the media, his attorneys, and, now, this court,” the filing continued.

READ MORE: Aretha Franklin&#8217;s Detroit mansion back up for sale &#8212; at an increased price

The U.S. attorney also found it odd that Kilpatrick believes there was bias in favor of his lawyer.

Kilpatrick’s request to vacate his conviction is his last shot at convincing a judge to erase the nearly 30-year prison sentence. He previously failed to have his conviction overturned by the 6th U.S. Circuit Court of Appeals or have his case heard by the U.S. Supreme Court, the report states.