In search for killer, NYPD demanded DNA swabs from hundreds of Black and Latino men

The department is under fire for its method of using DNA swabs from nonwhite men who had been arrested in the area where a Queens, NY woman was found raped and murdered 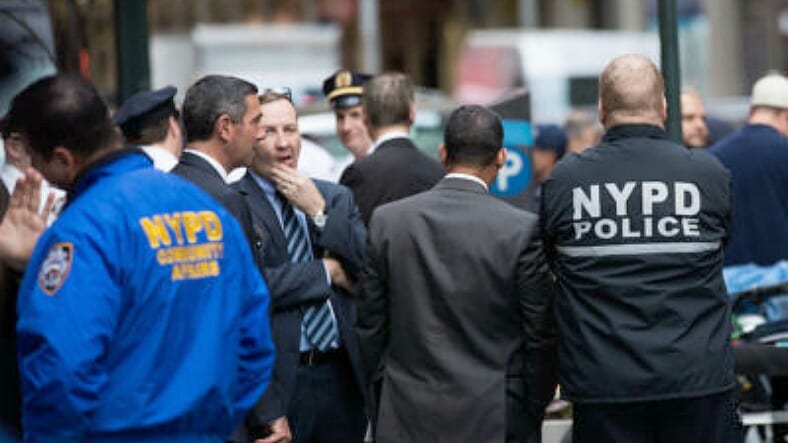 During the investigation into the 2016 murder of Queens, N.Y., jogger Karina Vetrano, New York City police detectives rounded up hundreds of Black and Latino men and demanded their DNA, according to a report in the New York Daily News.

The revelation is the latest turn in numerous developments that have raised questions in the case, that ended with the sentencing last month of Chanel Lewis, a 22-year-old Black man, to life without parole. An earlier trial ended in a hung jury, and in the days leading up to the sentencing, issues of potential juror misconduct emerged, though they were ultimately rejected by the judge.

READ MORE: Murderer of Queens jogger was sentenced to life without parole

Vetrano’s body was found in a park in the Howard Beach neighborhood in August 2016, raped and beaten.

According to the Daily News, police went on an intense manhunt after the jogger’s death and demanded 360 DNA swabs from Black and Latino men who’s previously been arrested in Howard Beach. In some cases, they stopped repeatedly at subjects’ homes. In one case, one man’s parents became so rattled by the repeated visits by the NYPD that they picked up and moved to Westchester County, in suburban New York, according to the newspaper.

The campaign began after DNA found at the death scene turned out to be that of a Black man, sources told the News. The NYPD then set about rounding up men who’d been arrested in the Howard Beach neighborhood for anything, including shoplifting, driving without a license or low-level drug possession, the Daily News reported.

“This DNA dragnet of Black and brown New Yorkers brings the NYPD’s racially biased policing to a new low,” Terri Rosenblatt, supervising attorney of the Legal Aid Society, told the Daily News. “The police aggressively collect DNA from New Yorkers using a variety of racially biased and sometimes secretive means. These tactics are fundamentally inconsistent with the fair policing that our city lawmakers claim to support and only serves to sow more distrust of the police without any significant law enforcement purpose.”

NYPD spokesman Phillip Walzak declined to comment on the DNA swab campaign because the murder case is subject to appeal. He did, however, say that DNA can be used to rule out the innocent.

“The local database has generated 1,400 DNA matches alone for heinous crimes like murder and rape — serious criminals who might not have otherwise been taken off New York City streets were it not for the evidence in the DNA database,” the Daily News reported Walzak said in a statement. “Importantly, the NYPD gathers DNA lawfully and in accordance with strict protocols.”

READ MORE: Netflix drops trailer for long-awaited Ava DuVernay series on the Central Park 5: ‘When They See Us’