These brave beauties have made it a little easier for all of us to get real about mental health. 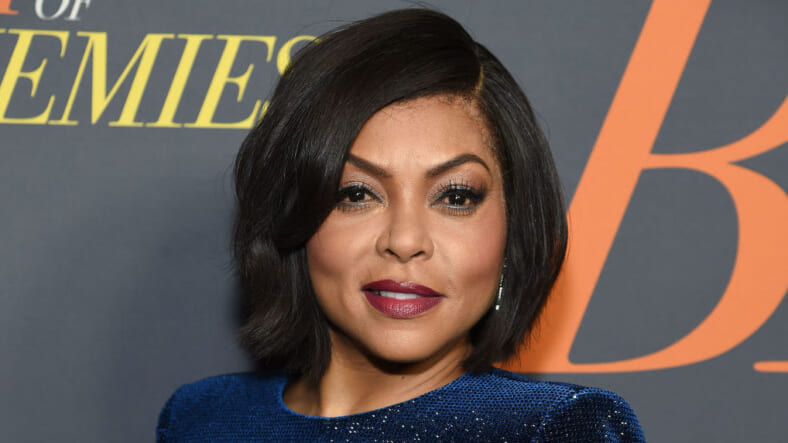 Mental health is a subject that has been largely ignored by the Black community for years, even though it affects us in a major way. With suicide on the rise, the days of “praying the problems away” are long being us and more celebrities have been willing to open up about battling things like depression, anxiety, and other mental health issues. These brave voices are  prompting more people of color to seek the help they need and make self-care a priority.

Here are 5 women we’re super proud of for sharing their stories:

The Empire star who launched the Boris Lawrence Henson Foundation, recently announced plans to host a mental health summit in Washington D.C. next month and spoke about the mental health crisis affecting our community during the Variety Power of Women New York luncheon last month.

“The number of black children ages 5-12 who have died by suicide has doubled since the 1990s…This is a national crisis,” said the star who has also opened up about her own battle with depression and anxiety.

“Our vision is to eradicate the stigma around mental health in the black community by breaking the silence and breaking a cycle of shame. We were taught to hold our problems close to the vest out of fear of being labeled and further demonized as weak, or inadequate.”

Yara Shahidi is known for her brains and her beauty and she puts both to good use in multiple ways. The actress has been vocal about the importance of self-care and cultivating confidence from the inside out. “It’s been important for me to have a support network of people to turn to when I’m not doing so good, or when I’m tired, or whatever it may be, because it allows you a moment of privacy to be however you’re going to be,” she told InStyle.

Last year, she participated in WE RISE, a 10-day mental health festival that featured over 150+ artists presenting original pieces of art, over 50-hours of creative programming and workshops with some of the biggest names in pop culture, activism and art along with other performances and panels in Los Angeles.

Ayesha Curry is one woman who seems to have it all together. She balances her own intents and career as a culinary wonder, is a doting wife to her superstar husband, Steph Curry, and makes mom-ing look easy with her adorable kids. The brave beauty recently revealed she struggles with anxiety during an appearance on Red Table Talk.

“I have anxiety too, really bad, to the point where I actually take medication for it,” she said. “And I think it’s something that everybody, in some way, has moments. I think open communication and putting your feelings out on the line, that helps me a lot, [and] just letting someone know, ‘I’m kind of having an anxiety attack right now.’”

Jada Pinkett Smith has made major strides in pushing the conversation about mental health forward on her show, Red Table Talk ever since it launched. She’s regularly speaking to celebrities about their experience with mental health issues and has been extremely open about her own journey, including a mental breakdown she suffered at age 20.

“I had an emotional breakdown that definitely I feel like affected my mental stability…I became extremely suicidal. I had a complete emotional collapse. When you just don’t have control over your emotions, your thoughts, you feel completely and utterly out of control,” she said on the Facebook Watch series last year.

“”I was severely depressed and that was something I battled for years...Waking up in the morning was the worst part of the day.”

As. member of Destiny’s Child, Michelle Williams was known for exuding confidence every time she hit the stage, which is why it came as a shock to tons of fans when she revealed her years-long battle with depression. Instead of hiding her journey, the singer let the world know when she checked herself in to a facility to address her depression, and let cameras chronicle some of her struggles on her OWN reality series Chad Loves Michelle.

“I am so glad to have the opportunity to share my journey. I think that people like me are making it easier for someone to go get an assessment and therefore get a diagnosis and have a name to put to what they’re feeling,” she told TheGrio. “A lot of people have been walking around with depression or anxiety without knowing what it was.”