Sisters not just Cisters: Why do we keep failing Black transgender women? 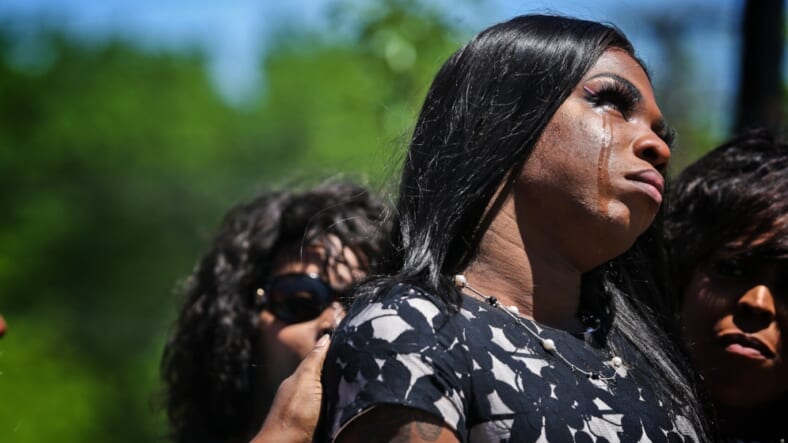 Muhlaysia Booker speaks during a rally on Friday, April 20, 2019 in Dallas. Booker, a 23-year-old transgender woman, was assaulted by a group in broad daylight on April 12 at the Royal Crest Apartments in the east Oak Cliff area of Dallas. Booker was found fatally shot Saturday morning, May 18, 2019 on a Far East Dallas street. (Ryan Michalesko/The Dallas Morning News via AP)

Saturday morning, Muhlaysia Booker, a transgender woman from Dallas, whose brutal attack last month was captured on video, was found dead face-down in the street.

According to Dallas News, her cause of death is “homicidal violence,” and while police are still investigating the fatal shooting and no suspects have been arrested, there is already speculation that this was a hate crime.

“We recognize that hate crimes, if you will, are a serious topic,” Assistant Police Chief Avery Moore told the press. “We, at the Dallas Police Department, take them serious.”

Except, a part of me can’t help but wonder if this assurance is true. How are we supposed to have faith that the Dallas police department will really take this case seriously when Booker’s own community has already failed to do the same?

Prior to her being murdered this weekend, the 23-year old got into a car accident last month after she mistakenly backed into another vehicle in a parking lot. Instead of the usual verbal back-and-forth that ensues during heated minor traffic accidents like these, she claimed things took a decidedly homophobic turn.

According to the arrest warrant affidavit, a crowd had gathered around the scene of the accident when someone offered to give 29-year old, Edward Dominic Thomas $200 to beat Booker. He obliged, and the attack was captured on cellphone video, where Thomas can be seen putting on gloves and then punching and kicking Booker while hurling homophobic slurs at her.

Thomas was eventually arrested “for his role” in the attack, but this happened in broad daylight, where Black people paid a Black man to viciously beat a Black transgender woman rendering her unconscious while they looked on. 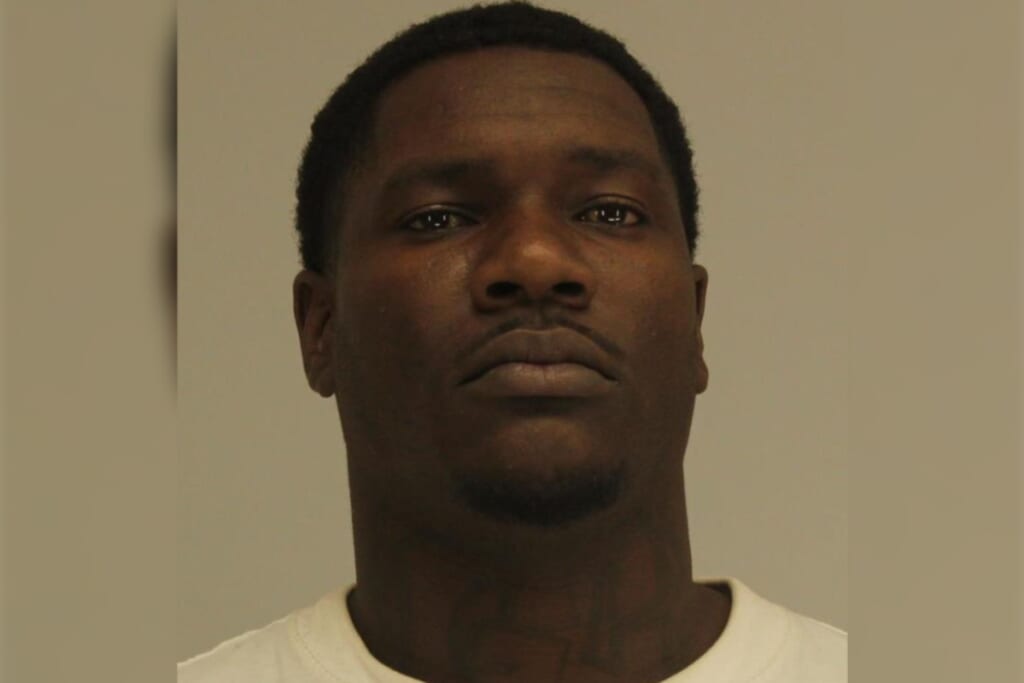 Now let’s unpack that for a second….

As a Black woman, I am all too aware of that commonly cited Malcom X quote that states how we are the most disrespected group in America and for the most part that is absolutely true. However, we all need to be honest and admit that our trans sisters are not just included in that distinction but at times actually subjected to horrors even cis women may be spared from.

Ever since Donald Trump became president, the FBI has noted a very clear and noticeable spike in hate crimes. As a result, many in the woke Black community—as well as some of our non-Black allies—have made it a point to have each others backs during all this madness.

I’ve lost track of how many times I’ve had to report on stories of Black people being harassed by civilians or racially biased cops, just to have concerned citizens chime in to defend them. We may not get credit enough for this, but we really have stepped it up when it comes to defending our own in these streets and it’s been a beautiful thing to witness.

However, for whatever reason, we dropped the ball n the case of Muhlaysia Booker. Instead of telling that grown man to leave her alone, the people who stood in that crowd offered him hundreds of dollars to beat her ass. In that one gruesome snapshot, you get a glimpse into just how much our community has systemically failed Black trans women, and Black trans people as a whole.

If we want to be in service to trans people in our community, the least we can do is honor their humanity

It’s always fascinating to me how cis Black woman (i.e women who are born biologically female, and also self-identify as women) often have the biggest blind spot when it comes to transphobia.

I’ve had many discussions with sisters whom I admire, love and respect, in which they’ve been sincerely confused as to why its problematic to have women’s spaces where trans women aren’t allowed.

“But she/he doesn’t have a period and has had access to male privilege,” they complain.

“She can’t have kids or cramps, so there are a lot of things she/he just wouldn’t get” they continue.

The discussion typically will get to a point where they have to begrudgingly admit that they don’t want trans women around because deep down, they simply don’t see them as “real” women. For many, transgender folks are just confused people playing dress up. Whats crazy is, those who make that over-simplified argument about the trans community, will often in the very next breath, be able to give you incredibly nuanced and thought-provoking analysis on misogyny, racism, classism and a host of other topics.

Even the most enlightened amongst us seem to be struggling with this topic because it’s a place where generally the Black culture’s homophobia and misogyny intersect in a way we’ve never been made to explore before.

I suspect that Black women grapple with this the hardest because they feel that as “real” women, they’ve battled so hard to get any respect, acknowledgement or voice, subconsciously they resent “men in dresses” for once again trying to infiltrate their safe spaces.

If you’ve ever felt this way it does not mean you are a bad person. However, it does mean that you are harboring some transphobic ideas that have likely been spoon fed to you your entire life.

If we understand the thick layers of privilege enough to tell white women that we need to be included in “intersectional feminism,” then it’s deeply hypocritical for we, as Black women, to then pivot and tell our Black trans sisters that they are excluded from Black women spaces.

Whenever I seek to help those around me acknowledge and then hopefully address their own trans biases, at some point people get tired and say, “Well this is just my opinion so it’s no big deal.”

I could not disagree more.

In an April 20, 2019 photo, Muhlaysia Booker speaks during a rally in Dallas. She was found dead less than a month later. (Ryan Michalesko/The Dallas Morning News via AP)

As people of color, we all know that when you “other” a group and carry thoughts about them that only marginalize and dismiss them, it creates a culture where disrespecting this group of people becomes both normalized and even encouraged. Once that seedling of hate is planted in any community, it’s only a matter of time before it takes root and creates a dynamic where violence against that group is also normalized and at times encouraged.

It’s disingenuous to say vitriolic things about trans people, misgender them, call them “it” as a means to mock their humanity, and snicker at them when they walk past you on the street, but then act shocked and appalled when your froggy next door neighbor takes it just one step further. You can’t condemn behavior stemming from an environment that you, yourself are complicit in creating.

Please understand that I am not writing this to scold anyone who may just be realizing how much work they may need to do in educating themselves on this topic. Shame is a currency that I refuse to deal with as it’s done enough to divide and destroy our people.

Instead I am imploring all of you to do exactly what you ask of your white friends: Admit that your cis privilege has allowed you the luxury to be ignorant on another groups plight for so long, and then start figuring out how you can help make things better.

“You can’t condemn behavior stemming from an environment that you, yourself are complicit in creating.”

That’s it. Being a good ally to any group requires a list of pretty universal tenants that all boil down to, “Treat people like you want to be treated.” As a Black women and Black people, in the name of Muhlaysia Booker, we really need to start accepting that violence against our trans sisters is our fight too.

If ALL of us aren’t free, then none of us are free. Sometimes, it really gets to be that simple.