Know Your Girls: Breast cancer survivor diagnosed at 16 shares her story to help Black women save their own lives

Nikia Hammonds-Blakely was diagnosed at age 16 and again at 34. 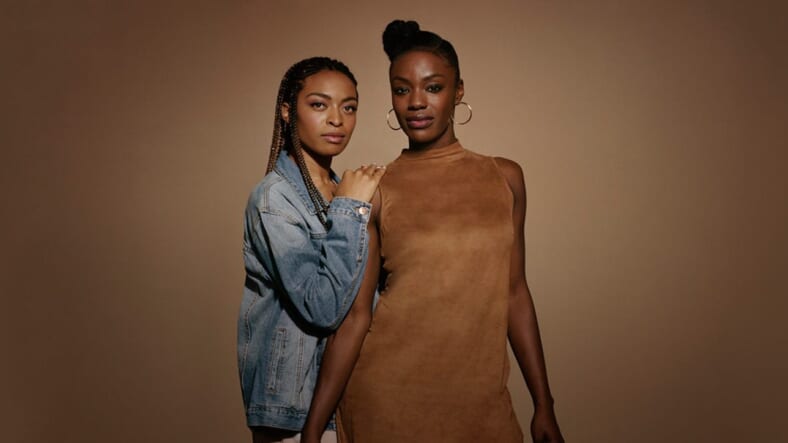 Know Your Girls is committed to educating Black women about breast cancer. As part of their campaign to educate and inform Black women about their cancer risks, they connected TheGrio with Nikia Hammonds-Blakely, a survivor who was diagnosed at 16 years old.

“I was in the shower one morning getting ready for school and I felt the lump while bathing. I was not intentionally doing a self-breast exam. I was just washing up and I felt it. It was a few days before I told my mom. There was a little pain associated with it. She scheduled an appointment with my doctor for a routine physical and when she completed it, she said, ‘I’m sure it’s nothing. Girls your age are still developing breast and they’re lumpy and bumpy,’ but she ordered a biopsy just to be on the safe side. Sure enough, it was a rare and aggressive form of breast cancer. This was 1994 and there wasn’t even a name for it at the time,” she explains.

“After the diagnosis, they immediately suggested a double mastectomy to prevent recurrence and because it was aggressive. I went to get a second and third opinion. I’m a preacher’s kid and I knew to some degree that my faith in God would play big role in my decision, but I also knew I had to be wise and follow the doctor’s suggestions. I coupled my faith with their advice and opted to have partial mastectomy at the time. They removed a large part of my left breast. I didn’t know about reconstructive surgery or prostheses, special bras, or anything that could have made the process easier. I left the procedure pretty disfigured. They did a botched job on the surgery and that scarred me physically and emotionally. It was really tough to look in the mirror and feel like a monster. I wondered what my life would be like. Would I ever get married, would I ever have children or breastfeed?”

EXCLUSIVE: ‘Married To Medicine’ star, Dr. Contessa opens up about double mastectomy: “It was for my peace of mind”

Black women are disproportionally affected by breast cancer for a variety of reasons including lack of resources, lack of access to health care, and a lack of information. Together with Know Your Girls, Hammonds-Blakely hope to help others save their own lives by sharing her inspiring story.

“I was in a very low-income neighborhood and I got subpar health care. They didn’t tell us a whole lot. I wasn’t even seen by an oncologist. My surgery was done by a general surgeon and they didn’t tell me very much at all.  The lack of treatment and lack of information I received is part of why I’m so passionate about educating women now.”

Despite being clear of any signs of cancer for 18 years, Hammonds-Blakely wasn’t done fighting.

“They tell you that after five years you can wipe the sweat from your brow and assume life will be great. Then 18 years later at the age of 34, the doctor saw some suspicious activity in my other breast during a mammogram. She actually told me to wait another year and see what append and I was infuriated. I wasn’t about to let the doctor just send me out the door so I advocated for myself and insisted on getting it tested immediately. It turned out to be very early stages of breast cancer,” she explains.

“Knowing that I had experienced it twice, I knew I was very high risk and I made the decision to undergo a double mastectomy. By that time, I felt like I was in the driver’s seat and I was the one who would determine the course of my care because I knew what to ask and what to look out for. Thankfully, there has been no evidence of the disease ever since that procedure.”

Here’s why Sterling K. Brown is on a mission to support cancer survivors

Now, at 41 years old, Nikia Hammonds-Blakely is determined to help other Black women take control of their health care.

“I want women to know their bodies, know your girls, and be a champion for yourself. Doctors will sometimes wish you away and you have to lift your voice and advocate for yourself. What I love about Know Your Girls is that they have really tailored the information to be accessible and understandable to the everyday women. They tell you how to talk to your doctors, what questions to ask, and how to support loved ones going through this disease.”

Get more information at KnowYourGirls.org.