On June 21, Banks' company submitted an application to the United States Patent and Trademark Office for the ownership of the term “Smize Cream." 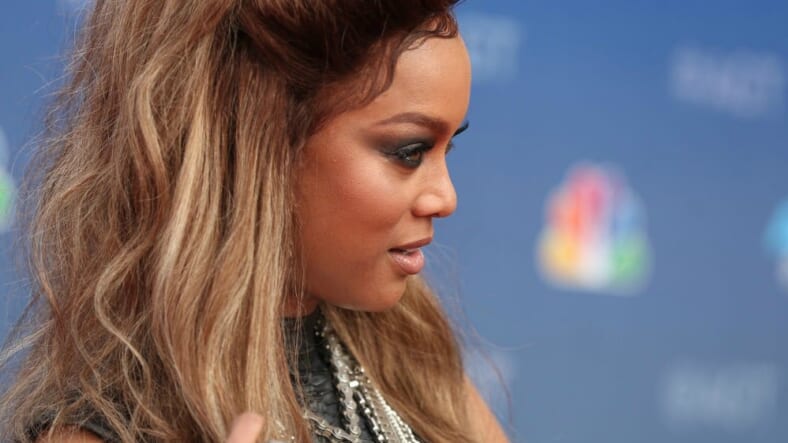 Supermodel Tyra Banks is considering making her mark in the food industry.

The former America’s Next Top Model host coined to term “Smize” (smile with your eyes) during her time on the show to describe models. Now Banks is using the term as the name of a new line of ice cream.

On June 21, Banks’ company submitted an application to the United States Patent and Trademark Office for the ownership of the term “Smize Cream,” according to PEOPLE.

Although Banks and her team have yet to make an official statement, she has openly expressed her love for ice cream in the past. In 2015, Banks told The Cut, her love for ice cream plays a huge roll into her health and wellness regimen.”When I was a model, I used to run six miles three times a week. But then I would also stop and get Häagen-Dazs cappuccino ice cream. I would be at the Reebok Sports Club in Central Park and the Häagen-Dazs was right there. I don’t know what was wrong with me! But I was just fine.”

In May, during her first ever Sports Illustrated Swimsuit cover interview, Banks recalled feeling overweight and needing to drop the pounds until she embraced who she really was.

I thought I needed to drop 30 pounds. I thought I had to look the same. Then the ice cream called my name. Yep, all flavors. From Butter Pecan to Matcha to Coffee. I love me some ice cream and I just couldn’t say no to it when I heard it calling. “TyTy, Come eat me…” from my mom’s freezer. So, this is me in @si_swimsuit today. Ice Screaming from mountain tops, “Screw cookie cutter beauty!” Yes, we should exercise. Stay healthy. Take our vitamins. But sometimes we can give ourselves permission to work out with a scoop of frozen deliciousness in our hands. ? #BanX

She has always stood up for body image and positivity in the modeling industry. After paparazzi took photos of Banks in a swimsuit on vacation in 2007, critics claimed Banks had gained weight. She fought back by saying, “Kiss my fat a-!”

She also shared with PEOPLE last March, she just wishes all models could be treated the same. “I’m happy that the fashion industry is finally catching up,” Banks said.

“What I’m hoping for is that the Ashley Graham’s, the Gigi Hadid’s everyone is just models. Not plus, not short, not trans, not curvy. I just want it to be normal.”