The singer was arrested Thursday night in Chicago. 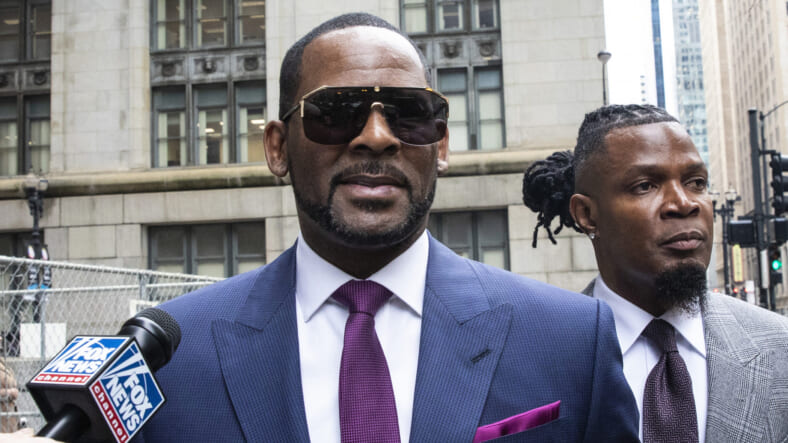 It looks like R. Kelly is back behind bars.

According to reports, the 52-year-old singer was arrested in Chicago on Thursday evening on federal charges of sex trafficking. NBC4 New York reported that he was picked up by Homeland Security NYPD Investigation agents and NYPD Public Safety Task Force, and he is expected to be taken to New York.

U.S. attorney spokesman Joseph Fitzpatrick told the Associated Press that the 13-count indictment includes charges of child pornography, enticement of a minor and obstruction of justice. More details should come out on Friday from the Eastern District of New York.

R. Kelly has been accused of multiple crimes against women over the past 20 years and this arrest is not even his first this year. In February, he was booked on charges of aggravated sexual abuse of four women. He plead not guilty and posted bail, prompting his release from Cook County Jail in Chicago. He was arrested in March for failure to pay $161,000 in child support. In May, a grand jury indicted him on 11 more counts of sexual abuse including aggravated sexual assault and criminal sexual assault. Up until Thursday’s arrest, he was free on $1 million bond set in February.