Months after a scandal that could have cost him his job, the Virginia governor is having trouble raising money to retain it, but Democrats say they are still confident 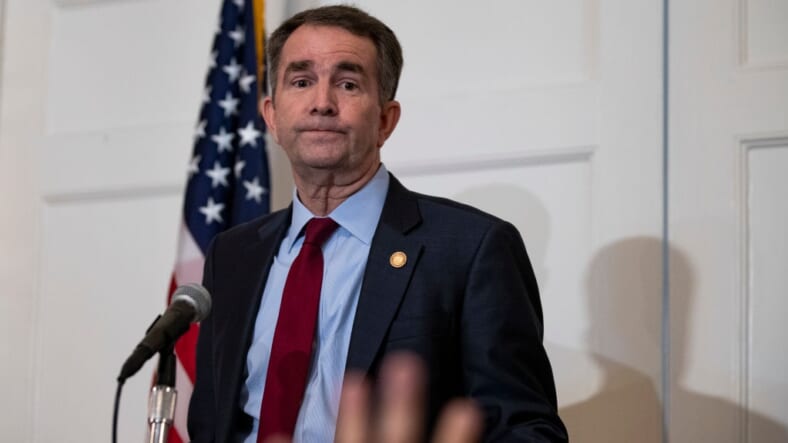 RICHMOND, Va. (AP) — Virginia Gov. Ralph Northam is struggling to raise big money in a key election year after a blackface scandal nearly ended his political career. But he’s also managed to remain a major source of campaign cash for Democrats, including those who have previously called on him to resign.

New campaign finance reports filed Monday show the Democratic governor raised slightly more than $300,000 between April and June. That’s far below the seven-figure hauls his predecessors, former Govs. Terry McAuliffe and Bob McDonnell, raised during similar periods when they were in office.

Virginia governors cannot serve consecutive terms but are typically their party’s biggest fundraisers for off-year legislative elections. All 140 seats in the General Assembly are on the ballot in November, and Virginia is the only state where Democrats have a chance of flipping control of the legislature this year.

“His fundraising is weak, and he’s a drag on Democrats,” Republican Party of Virginia spokesman John March said.

But Northam political action committee director Mark Bergman said the governor’s ability to raise that amount from more than 500 donors only months removed from a major scandal is a sign of resiliency.

“We’re thrilled where we are,” he said.

Northam faced intense pressure to quit in February after a racist picture surfaced from his 1984 medical school yearbook page. He denied being in the picture but admitted to wearing blackface as a young man. Most Democrats initially called on Northam to resign, but many have since resumed working with him. He’s attended fundraisers with Democratic lawmakers and his PAC has poured thousands into key races.

Business interests heavily affected by government spending and regulations were among Northam’s biggest recent donors, including highway construction companies, gambling interests and auto dealers. He also reported spending $150,000 at the law firm that’s been helping him navigate the blackface scandal.

Northam wasn’t the only top Democrat to face calls for his resignation in February. Two women have publicly accused Lt. Gov. Justin Fairfax of sexual assault, which he denies. And Attorney General Mark Herring acknowledged wearing blackface a few days after calling for Northam to resign over similar past behavior. They both posted fundraising totals Monday similar to what they’ve traditionally raised before February.

But several individual Democratic candidates, including challengers seeking to knock off GOP incumbents, reported strong fundraising totals. Seven of the top 10 fundraisers among state Senate candidates were Democrats in the last reporting period.

“We have the momentum, the message, the resources and we are on the right side of history. November is coming,” Democratic Party of Virginia spokesman Jake Rubenstein said.

But Republicans, who have been in the majority for several years, enjoy huge cash reserves they’ve built up over several election cycles.

“It’s no secret that Democrats are going to be well funded by millionaires and outside groups,” said Parker Slaybaugh, spokesman for GOP House Speaker Kirk Cox. “Despite that, we’re still happy to hold a more than $1 million cash on hand advantage.”