The use of an app that makes a user's photo look decades older has gone viral, but those using it may not know that by signing up they have relinquished specific privacy rights 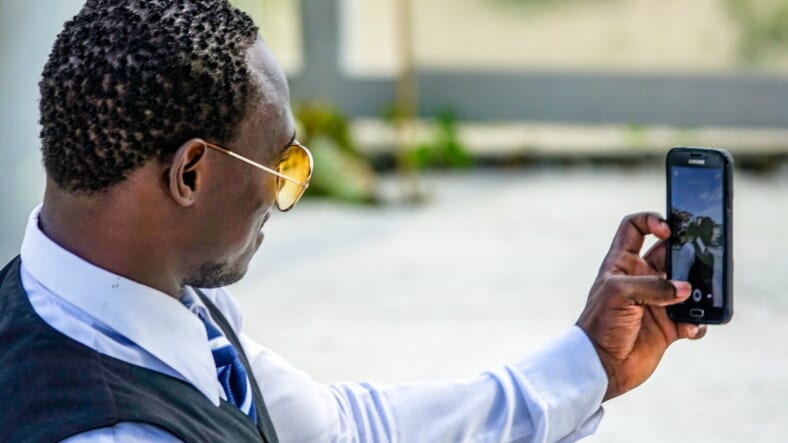 Watching celebs like Drake and Kevin Hart take part in viral internet challenges is all fun and games until you find out you may have just given Russian hackers access to your phone by following suit.

According to the New York Post, this week the FaceApp went super viral after it unveiled a retooled version of its aging filter. Within hours, millions of social media users, including celebrities like Lebron James, Terry Crews, Dwyane Wade, Gordon Ramsey and the Jonas Brothers began sharing pictures of themselves with saggy skin meant to make them look 50 years older.

But soon, people who were initially tickled by the opportunity to take a peak into their future selves, were hit with the news that they may have fallen for a scam. It appears the the free “old age filter,” was first created in 2017 by developers at Wireless Lab in St. Petersburg, Russia. By using the app users may have essentially given the company access to their personal information and identity.

The Russian app which has now become one of the most downloaded apps in the world, requires you to grant them permission to access your photo gallery, and also has a clause in their Terms and Conditions that says they have the right to modify, reproduce and publish any of the images you process through its artificial intelligence programming.

That means even if you delete the app, Wireless Lab can still use your real name, your username or “any likeness provided” in any format they want – without notifying or paying, you. And as Tech Crunch points out, even those who set their Apple iOS photo permissions to “never,” are still not protected from any of this.

Unfortunately, despite experts continuing to speak up about the security breach posed by this new trend, fans on social media continue to use the hashtag #faceappchallenge to share their results and also make it easier to be identified by hackers working as agents for the Russian government.

Check out a gallery of some of your faves who have already taken part, below.

OLD TERRY CAN STILL KICK SOME ASS! ?? I did that face app thing y’all been TELLIN ME TO DO! #AmericasGotTerry #AGT pic.twitter.com/gFUC1a1l0b

When you take a trip to the Year 3000. pic.twitter.com/O9Dxpwj6ex

Me doing a demo on #MasterChef Season 50….