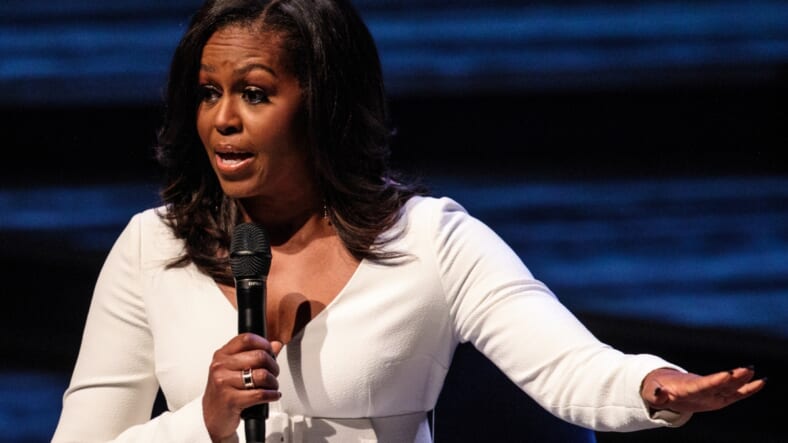 Our Forever First Lady Michelle Obama kept it classy in a tweet on Friday which seemed to indirectly take aim at President Donald Trump’s racist attack against four Democratic congresswomen.

“What truly makes our country great is its diversity,” Obama begins in her tweet, CNN reports.

“I’ve seen that beauty in so many ways over the years. Whether we are born here or seek refuge here, there’s a place for us all. We must remember it’s not my America or your America. It’s our America.”

Obama joins a chorus of politicians who have chimed in to condemn Trump’s racist attacks against Democratic Reps. Alexandria Ocasio-Cortez of New York, Ayanna Pressley of Massachusetts, Rashida Tlaib of Michigan and Ilhan Omar of Minnesota, telling them to “go back” to their countries.

However, three of the women were born in the US. Only Omar comes from Somalia.

That comment ignited a racist chant by Trump’s supporters at a rally in North Carolina days later as the audience yelled, “Send her back!” about Omar during the president’s speech.

—Cory Booker calls out President Trump as ‘worse than a racist’—