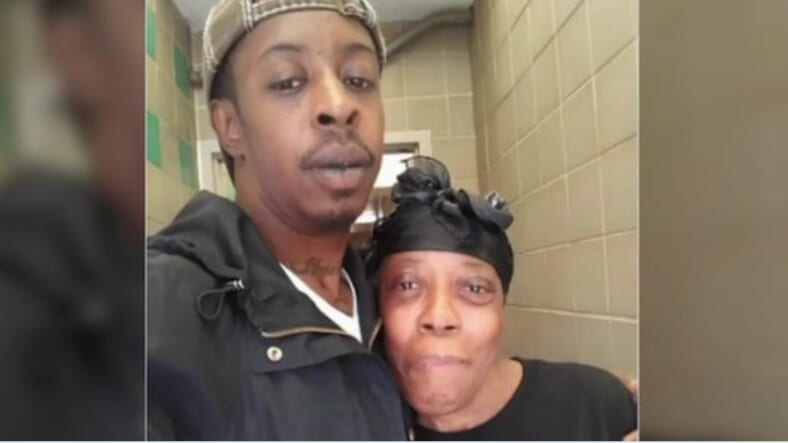 A devoted son is being hailed as a hero after scaling a West Philadelphia apartment building that was on fire in order to save his mother who was trapped on the 15th floor.

According to a local ABC affiliate, the 35-year-old – who prefers to only be referred to as Jermaine – says he works as a roofer and construction worker, and therefore already had a decent amount of experience scaling walls.

“As kids we used to jump roofs,” Jermaine said of his all-around adventurous nature. “Glad I had the practice.”

He goes on to explain that Thursday evening he received a call from his sister saying that a fire had erupted in in the 19-story building where their bedridden mother Sheila resided. Without skipping a beat, Jermaine rushed to the scene of the incident, only to be turned away by police. And that’s when he opted to take matters into his own hands.

A bystander captured footage of him 200 feet up in the air on the side of the 19-story Westpark Apartments high-rise. And what made Jermaine’s actions especially awe-inspiring is that earlier that same day he had been walking on crutches after cracking his hip on a set of stairs. But when the adrenaline kicked in none of that mattered.

“All for my mom’s safety, period,” he explained.” I wasn’t worried about [my safety] at all. She can’t get out of the bed or walk around so if there’s a fire she needs help out.”

When he finally reached his 65-year-old mother’s apartment, she spotted him on the balcony and re-assured him that she was safe. By the time a relieved Jermaine climbed back down the 15 stories, camera crews, reporters and curious onlookers had all zeroed in on him.

When he made it back down to ground level he was convinced he’d be arrested, but the officer on duty cut him some slack.

“He told me if I didn’t leave I was going straight to jail. Because that was his job. But, he actually did cut me a break. He understood the circumstances, he knew – when your adrenaline is pumping, and your mom is up there, you thinking she’s dying – you’d do anything you can,” Jermaine said.

As for his mother’s response to her son’s antics, “She was more shocked,” he explained, adding, “She’s not surprised by the things that I do for her. She knows I’ll go over and beyond for her.”

READ MORE: Chaka Khan admits she was ‘pissed’ after hearing how Kanye West sampled ‘Through the Wire’

Man climbs 19-storey building to save his mother from fire pic.twitter.com/svGykOfbDO