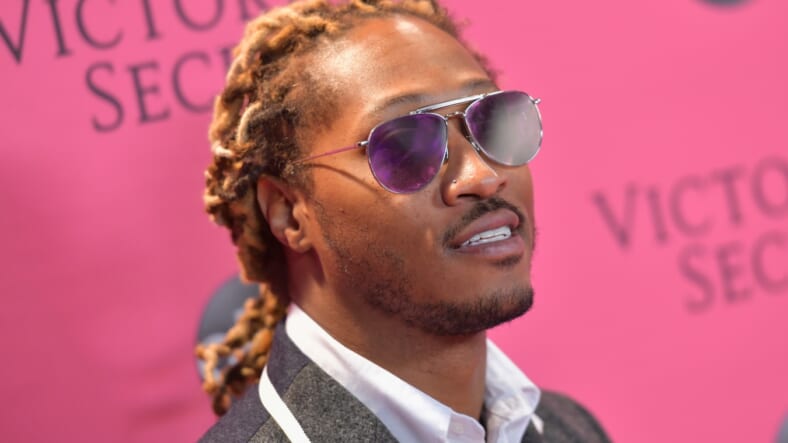 Future attends the 2018 Victoria's Secret Fashion Show at Pier 94 on November 08, 2018 in New York City. (Photo by Roy Rochlin/2018 Getty Images)
Future’s bodyguard was knocked out and a source close to the rapper told TMZ it was a racially-motivated attack.
The violence occurred at the airport in Ibiza, Spain. Future had just arrived and declined to take pictures when 10 guys approached and asked for a photo. Future reportedly said, “Not today, guys.”
TMZ reports that the guys then erupted in anger, and began hurling racial slurs.
When Future’s bodyguard stepped in and tried to block the guys a fight ensued and someone came from behind and sucker punched him with a rock.
The clip of the assault immediately began making the rounds on social media.

There is no word yet on whether or not police made an arrest.

The incident sparked outrage online with fans making references to the A$AP Rocky situation where he was involved in a street brawl that has now landed him in jail in Sweden.