‘I wouldn’t leave my daughter with anyone accused of being a pedophile’: R. Kelly’s crisis manager resigns after ‘CBS This Morning’ interview 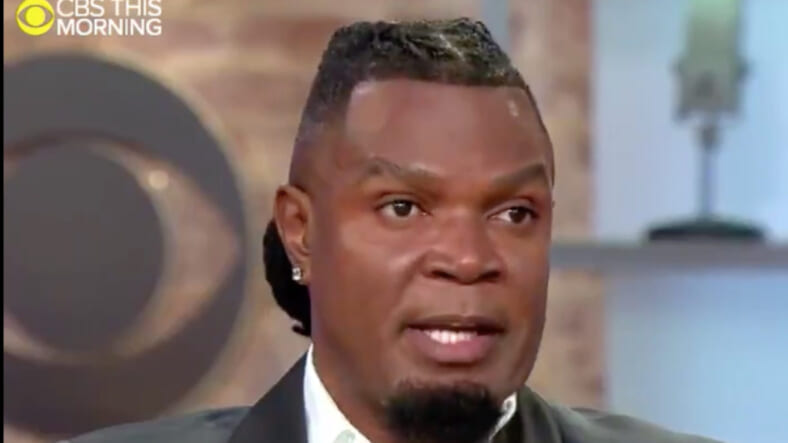 Darrell Johnson has resigned as R. Kelly’s crisis manager just hours after appearing on the CBS This Morning to speak on R. Kelly’s current state in prison.

Johnson revealed to CNN in a text that he has stepped down for “personal reasons.”

“Mr. Kelly is in good hands with Mr. Greenberg!” he texted CNN, speaking about the embattled singer’s attorney, Steve Greenberg.

This news comes just after Johnson spoke to Gayle King on the show revealing that he would not leave his daughter around a person who has been accused of pedophilia.

Tonight, he told CBS he’s no longer working for Kelly: “I step down as crisis manager for personal reasons. Mr. Kelly is in good hands with Mr. Greenberg!” pic.twitter.com/gx0JjmS34t

USA Today reports that Johnson revealed that the statement was misleading and he should have said it in a different way.

“I should have worded it better,” Johnson told the outlet.

The former crisis manager said he meant to say, “I would leave my daughter with Kelly because I do not believe he is a pedophile.”

Greenberg released a statement to CNN revealing that he is looking forward to his return and thanked him “for his tireless assistance.”

“He shares our confidence that this is an unprecedented assault against R. Kelly by others, for their own personal gain, and in the innocence of R. Kelly,” the statement read.

Kelly, 52, is currently in solitary confinement at the Metropolitan Correctional Center in Chicago since his July 11 arrest.

The singer has been indicted on 18 counts. He is facing 13 counts in Illinois and the other five in New York. Some of his charges include sexual exploitation of a child and kidnapping.

During his interview on Monday, Johnson said that he was concerned about Kelly, describing him as “a mess.” He  revealed on the show that he believes Kelly is on suicide watch. Greenberg also noted that the singer has no access to television or contact with other people.