"I let go of some things that weren't serving me." 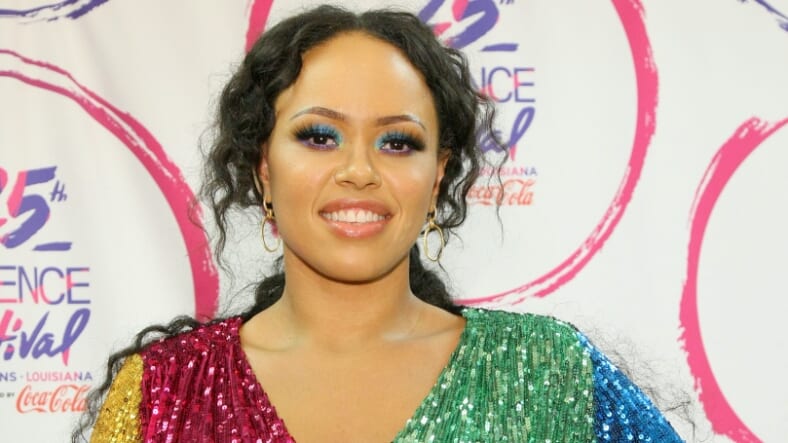 After a five-year hiatus, Grammy-nominated artist, Elle Varner, is back! Just in time for the summer, the R&B songstress is giving us new music and insight into her comeback journey.

Although the L.A native was on hiatus, she was still making moves behind the scenes. She started her own labeled called 212 entertainment, has a deal with Entertainment One, and has now complete ownership of her music.

During an interview with theGrio’s Natasha S. Alford, Varner shared the significance of the title of her new EP “Ellevation.”

“Ellevation. It really just reflects where I’m at as an artist and my journey as an artist, my career,” says Varner. “I experienced some challenges over the last couple [of] years but I ultimately got to a place of elevation where I let go of some things that weren’t serving me, some emotions, some ties to certain people, some different energy and thought processes. I read a lot, I went to church, and it’s just where I’m at now.”

The singer-songwriter has been sporting a gorgeous rock on her left ring finger, which may have you wondering: “Is Elle Varner off the market?”

“I bought this ring for myself,” she reveals. After Ellevation dropped, as a gift to myself to congratulate my success just as an individual, not that exterior success, external success but to celebrate my accomplishments. And I’m very proud of myself for pushing through.”

“It’s a pink Sapphire, it’s not a diamond,” she continues. “This is my commitment to myself until someone comes along and replaces it, I’ll move it to the other side. But regardless of relationships, I’m committed to myself my future my dreams my goals.”

You can check out more of Varner’s interview with theGrio above and listen to “Ellevation” on all streaming platforms.