Although plans for a library honoring the former president are moving forward, residents of Chicago's South Side are concerned that changes to the area will uproot longtime dwellers 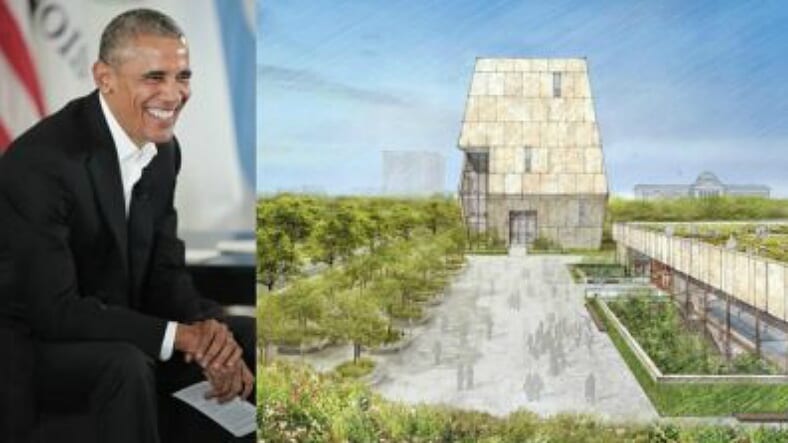 The upcoming Barack Obama legacy library has several residents of a Chicago district concerned that the four-building, 19-acre “working center for citizenship” will lead to the displacement of thousands of low-income Black families.

The project is being built in Jackson Park on the city’s South Side and will reportedly include a 235-foot-high museum tower, a two-story event space, an athletic center, a recording studio, a winter garden and a sledding hill — and cost an estimated $500 million, according to The New York Times.

“Because our area has become attractive to developers now, they’ll count us out,” said 52-year-old social services worker Tara Madison, who lives in the area with her two children and two grandchildren. Madison, the daughter of civil rights activists, is not alone in her fear of gentrification and the racial disparities that often come with it.

The former president has teased that the center will serve as a hub for the youth and will attract new businesses, but there is concern that a resurgence will push out longtime residents, ABC News reports.

“The best things that have happened to me in my life, happened in this community. Although we had a formal bidding process to determine where the presidential library was going to be, the fact of the matter was it had to be right here on the South Side of Chicago,” Obama told a crowd in 2016.

The Windy City reportedly ranks third after New York and Los Angeles for cities with the most neighborhoods that have gentrified. Neighborhood activists conducted a study that estimated up to 4,500 families will be at risk of displacement by development around the Barack Obama center.

Activist Jeannette Taylor has reportedly gained sponsorship for an ordinance calling for protections in a two-mile radius around the Obama library. The ordinance also wants 30% of the area’s housing to be designated as affordable, and any buildings up for sale should first be offered to the current tenants.

“It is morally wrong to get investment in a community that’s long overdue investment and then to displace the very people who have been dealing with disinvestment,” Taylor said. “It is a conversation that should have been had way before this, way before the library.”