The CNN commentator rose to prominence during the 2016 campaign as press secretary for Sen. Bernie Sanders 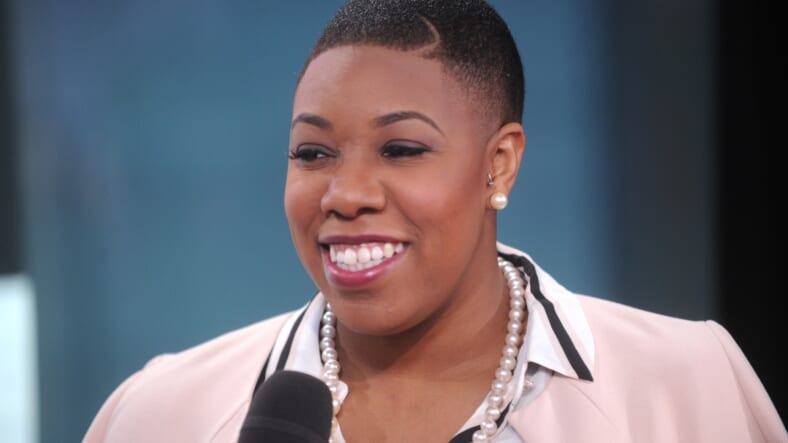 Joe Biden has hit the ground running for his 2020 Presidential bid and has hired Symone Sanders, as a senior adviser, APNews reports.

Sanders is a strategist, communications consultant, CNN Political Commentator and rose to prominence during her tenure as the National Press Secretary for U.S. Sen. Bernie Sanders presidential campaign.

“She understands how to build a coalition, and that women of color are the backbone of the Democratic Party,” said Democratic strategist and former Democratic National Committee Chair Donna Brazile, who also referred to Sanders as “battle-tested”.

Biden throws his hat in the ring

On Thursday, Former Vice President Joe Biden has announced his bid for Presidency in 2020 and he’s done it by directing targeting Donald Trump and what he believes is a decline in the nation’s democracy.

“The core values of this nation, our standing in the world, our very democracy, everything that has made America, America, is at stake,” Biden said in the video. “That’s why today I’m announcing my candidacy for President of the United States.”

Biden said he’s running to take back the “soul of this nation” which is at stake if Trump wins another four years, he said in his campaign video.

“We are in the battle for the soul of this nation,” Biden said. “If we give Donald Trump eight years in the White House, he will forever and fundamentally alter the character of this nation — who we are. And I cannot stand by and watch that happen.”

Biden took issue with the deadly white supremacist rally in Charlottesville in 2017 and the fact that Trump took sides with racists when he called Neo-Nazis “very fine people”.

“He said there were quote some very fine people on both sides,” Biden said. “With those words, the President of the United States assigned a moral equivalence between those spreading hate and those with the courage to stand against it. And in that moment, I knew the threat to this nation was unlike any I had ever seen in my lifetime.”