The hip-hop star is doing big things in his hometown of Detroit, including "blessing" a major youth organization with a state-of-the-art recording studio 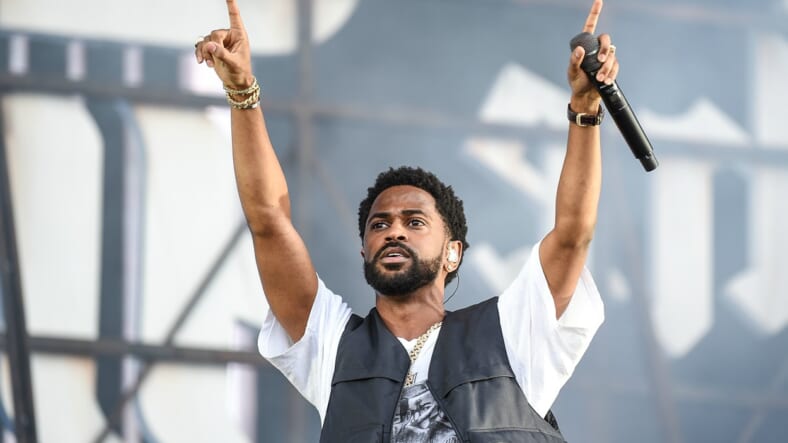 Big Sean performs on the main stage on Day 1 of Wireless Festival 2018 at Finsbury Park on July 6, 2018 in London, England. (Photo by Tabatha Fireman/Getty Images)

On Saturday, rapper Big Sean hosted his second annual DON Weekend, short for Detroit’s On Now, where he unveiled a new music studio at the Dauch Boys & Girls Club.

The move follows the opening of a fully equipped music studio he opened at his old high school, Detroit’s Cass Tech in 2015.

“The west side of Detroit is my old neighborhood,” he said Saturday in front of hundreds at the kickoff of DON Weekend at the Dick & Sandy Dauch Boys and Girls Club, USA Today reports. “It’s a full-circle moment when your neighborhood supports you and holds you high, and you’re in a position to be able to hold it up in your own way and take it further.”

Shawn H. Wilson, President of the Boys and Girls Clubs of Southeastern Michigan, said kids from the city’s west side “couldn’t fathom” that they’d spend the day with their hometown celebrity.

“He could have taken this give-back weekend to downtown or midtown, but he chose to bring it to this west-side community,” Wilson said. “It means more to us and these children, who asked me, ‘is Sean really coming?’ they can’t even fathom he’s coming to their neighborhood.”

Big Sean, said he was happy to give back to his hometown, particularly because of its historic roots in music.

“The recording studio is so important because Detroit is such a musical city, soulful city and there are so many kids that have the talent but just don’t have to resources to record,” Anderson said. “While performing, there was someone controlling the lights, and engineering the music… I feel like it’s the most bossed-up thing I could do. I hope I can build 10 more.”