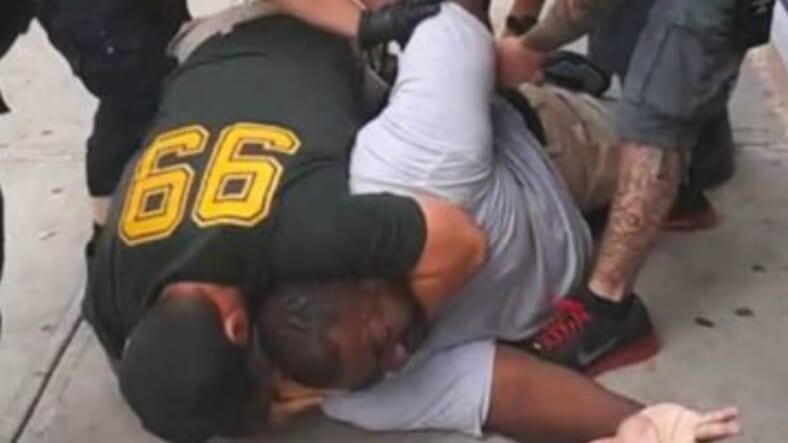 08/19/19 1:0PM ET  — New York City Police Commissioner James O’Neill has fired Officer Daniel Pantaleo in the incident that cause the death of Eric Garner. In a press conference this afternoon, O’Neil said that he agrees with the Deputy Commissioner of Trials legal findings and recommendations that Pantaleo no longer serves as an officer in New York City.

“From day one, we said that there was going to be a fair and impartial trial. This is the result. Make no mistake about it, this is a tragedy for the Garner family. I fully understand that. Mr. Garner was somebody’s son, somebody’s dad. Everybody in the NYPD understands that,” said O’Neill.

According Commissioner O’Neill, Pantaleo will also not receive his New York Police Department pension and whatever contributions he has already made will be returned to him.

Before making the announcement this afternoon, O’Neill, often times emotional in his response, described how difficult it was to come to this conclusion. Having been a part of law enforcement for over 30 years, O’Neil said that he wishes both Pantalo and Garner had made different decisions that night.

“Every day in New York, people receive summons or arrested by officers without any physical force being used. But some people choose to verbally and/or physically resist the enforcement action lawfully being taken against them,” he said

“Those situations are unpredictable and dangerous to everyone involved. The street is never the right place to argue the appropriateness of an arrest. That is what our courts are for. Being a police officer is one of the hardest jobs in the world.”

This decision comes more than five years after Garner was arrested for allegedly selling loose cigarettes, a crime he paid for with his life.

A New York judge affirmed that Officer Daniel Pantaleo did not give credible testimony and was “untruthful” in his narrative about the chokehold death of Eric Garner.

Pantaleo faced a disciplinary trial this year to determine if he was unethical in how he dealt with the Garner case. A judge determined he was and said Pantaleo gave several dishonest statements about how he handled the 2014 arrest of Garner and the questionable way he implemented a deadly chokehold.

NYPD Deputy Commissioner of Trials Rosemarie Maldonado recommended that Pantaleo be fired saying the testimony Pantaleo gave after Garner died was “implausible and self-serving,” and “disingenuous.”

“I found (Pantaleo’s) uncorroborated hearsay statements explaining his actions to be untruthful,” Judge Maldonado said, according to the New York Times Sunday night.

“First, I found (Pantaleo) to be disingenuous when he viewed the video and denied using a chokehold, even though his actions were completely consistent with his own erroneous and restrictive definition of the Patrol Guide prohibition,” the judge wrote.

She continued, “Second, the preponderance of the credible evidence contradicted his rationalization that the positioning of his elbow protected Mr. Garner’s neck and that he exerted no pressure to the throat.”

“Her ruling to me clearly says that the commissioner has to terminate him. I do not see how he could give a logical, legal or police policy reason to do anything less,” Sharpton said. “It would make a mockery of having police trials if you have a decision that’s not ambiguous at all to be ignored… There’s no gray area here.”

“The judge’s report confirms what I have been saying for more than five years: Pantaleo used a banned chokehold, murdered my son and should have been fired years ago,” Carr said in a statement. “Judge Maldonado also confirmed that other officers’ testimony was unreliable.”

Pantaleo did not face criminal charges and was cleared in 2019 of any wrongdoing. But the NYPD filed departmental charges.