VIDEO: ‘Ghost is a man of manipulation and selfishness’: ‘Power’ stars dish on the final season 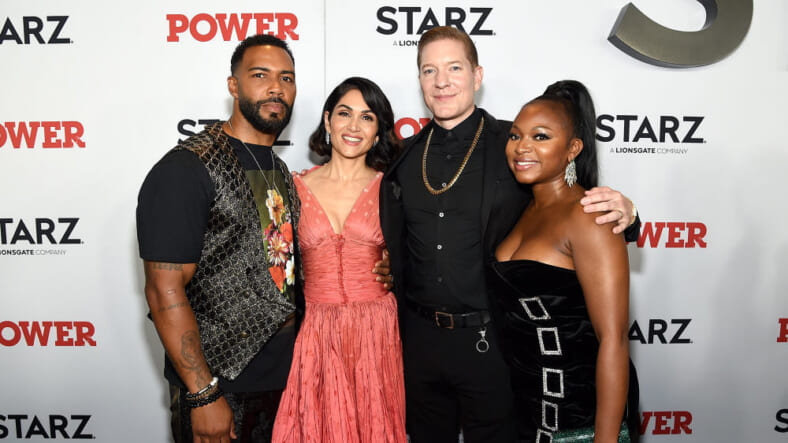 TheGrio caught up with Power stars Joseph Sikora (Tommy Egan) and Lela Loren (Angela Valdez) about their characters and their storylines on this final season of the popular Starz series. Given the intense history between their characters, having the two actors sit down together made for a very interesting interview to say the least.

READ MORE: ‘I want Tasha to be the female Ghost’: Naturi Naughton on the future of ‘Power’

Last season’s dramatic cliffhanger ended with Tommy shooting Angela in the chest as her married lover Ghost (Omari Hardwick) looked on helplessly. Tommy and Ghost were more like brothers than business partners in their drug dealing empire, but treachery and deceit had been eroding their relationship for quite some time. Tommy shooting Angela was the latest incident to re-ignite the violent feud between the two former friends.

“In season five, we watched Tommy grow and become his own man, head up his own operation, and start dealing with the game without Ghost. However, Ghost being Ghost, is continuously a man of manipulation and selfishness. He’s always been able to manipulate Tommy to get whatever outcome he wants out of a situation,” explained Sikora.

Is Angela dead or was she wearing a vest and able to survive the gunshot wound? How and when will Ghost get back at Tommy? You’ll have to check out the premiere episode (available on Starz right now) to find out the answers.

In the meantime, watch theGrio’s Senior Editor Demetria Irwin chat with the Power stars. Lela Loren gives a particularly surprising answer to a question about what advice she would give to a girlfriend who was in love with a dangerous, married man. Make sure to watch the interview to the end.