OPINION: The hype over Popeyes new chicken sandwich is well-deserved, but the criticism of folks who like it isn't 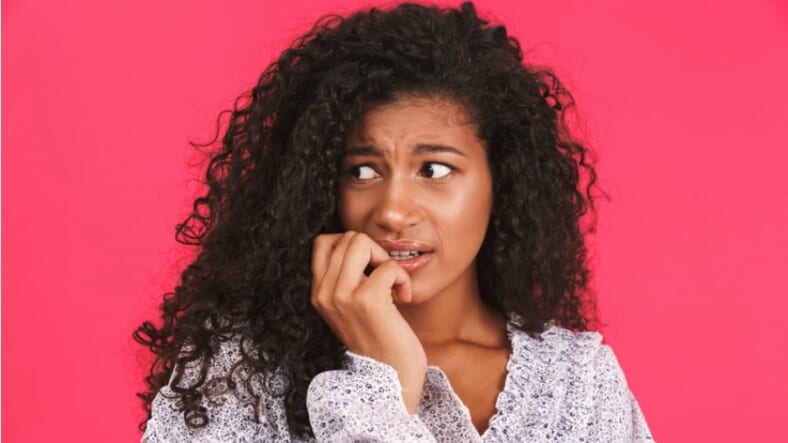 Social media is known for becoming obsessed with one topic for an extended period of time until the nation is forced to sit up and take notice. But this past week, many of us found ourselves confused by the unexpected rise of Popeyes’ Chicken sandwich.

For as long as I can remember, Popeyes has always been a staple for African-Americans, and it was once included in Black Enterprise’s “40 Best Franchises for African-Americans.”  So unlike Chik-Fil-A, who despite having delicious nuggets and waffle fries, is known for supporting politics that oppress marginalized communities, for the most part, Popeyes holds its title as chicken eatery champ with Black folks.

READ MORE: Petty #ChickenWars brewing online between Wendy’s, Popeyes and Chick-fil-A and the internet loves it

But when the country became fixated on the national rollout of their new crispy chicken sandwich, I got tired of reading internet memes about all the hoopla and decided to see for myself what all the fuss is about.

In search of chicken

For anyone who has considered trying this sandwich, let me first warn you that it is not a casual undertaking. In fact, I spent all last week traveling and failed to procure any crispy chicken yumminess in not just one, but three different states.

So when a colleague of mine posted a picture of him actually eating one, I slid into his DMs with the quickness and gently demanded he tell me exactly where he’d gotten it from.

Sunday evening, after taking care of a slew of errands, I finally hopped into a Lyft and headed to the location I’d been given. For the sake of protecting the overworked employees at this establishment I won’t share their exact address, but just know, we ended up in what was very visibly a predominantly Black neighborhood.

I point this out, not as a bad thing, but to illustrate why I found myself so surprised by the line of dejected white people rushing out of the storefront as we pulled up. Clearly these people had attempted to get sandwiches to show off on their Instagram feeds and failed.

For a second I considered aborting my mission, until I saw a group of Black and Brown women walking out of the store while looking back in the direction of the cashiers to scream at the employees. We’ve all seen those videos of people getting rowdy at fast food establishments but the chance to witness that foolishness upfront, lured me out of the car and towards the crowded venue.

Unfortunately, the girls had already left the store by the time I crossed the street, and once inside I spotted people taking selfies of themselves next to a sign that read, “Sandwiches serve [sic] at 11am to 6pm.”

A quick look at my phone confirmed it was just past 7 p.m., which instantly explained both why those young ladies were so upset and why only 3 people were actually in line, while everyone else was just milling about looking stuck.

We’d all missed the deadline!

Now this is the part where I’d normally just turn around and go home. But as fate would have it, I was thirsty, and decided to order a beverage. And THAT’S when I saw them. Three foil insulated bags, sitting at the heating station behind the counter that looked exactly like the packaging of the chicken sandwiches that had taken over my social media feeds all week.

Instinctively I surmised that some bold ass employee was holding those sandwiches for themselves but was so averse to eating cold food they’d had the audacity to hide their precious cargo in plain sight. When it was my turn to order, I decided to test this theory.

“Welcome to Popeyes, how can I help you?” the handsome cashier said with a smile.

“So what’s in those bags?” I asked casually, while signaling the heating stand behind him. As soon as I saw the stunned and dismayed look on his face, I knew I’d struck gold.

“I know what those are,” I interjected helping him out. “Those are chicken sandwiches and I’d like to order one.”

“But I can’t” he said with a whine creeping into his voice.

“Because the manager said to hold those and so I can’t.”

“Well,” I began, pretending to be sympathetic. “I am a customer attempting to buy food that you have readily available. If you’re refusing me service because your manager has told you to, I’d like to know why. Because legally speaking, unless you have a sign saying you reserve the right to not serve people — which you don’t, or I’m behaving in a way that is belligerent — which I’m not, it could be seen as discriminatory that you’ve just arbitrarily decided not to let me buy a sandwich that I’m looking right at.”

Half way through my speech the young man looked like he was thinking, “Man I don’t paid enough to deal with this sh*t!” and the patrons who had previously resolved themselves to just take selfies suddenly all stopped talking to watch our stand-off unfold.

Oooohhh myyyy GAWD. This is going to lay Black Twitter to rest…? This Popeyes chicken sandwich is dividing America…???? pic.twitter.com/teVEW7i0xW

The manager, who I could see through the glass wall at the counter, shot me daggers with her eyes as he moments later explained to her that “some lady,” claiming to be a journalist had threatened to write a story about them if they didn’t serve her their last remaining sandwiches. After a quick but heated exchange, he returned to the counter looking like he was on the verge of tears.

“But the sandwiches aren’t even spicy though!” he hollered as he returned to the counter, in what I suppose was a last ditch attempt to dissuade me.

“I don’t care,” I assured him with a smile. “In fact, I’ll take two out of the three you have left.”

But the second I handed him over my credit card to successfully pay for the meal, complete chaos broke out.

“Wait a minute. Why does SHE get a sandwich and I don’t?” someone yelled.

“This is some bulls***t” said an older Black gentlemen while stomping his feet.

“I’ve been here for an hour and y’all said no. What the hell?” asked a slim white guy as his face turned beet red.

Somewhere in the sea of angry voices, a young man, who actually didn’t even want a sandwich but just liked watching mess, explained to me that folks had been trying to buy those last three sandwiches all afternoon and that a fight had even broke out trying to get the employees to stop hoarding the meals for themselves and actually share them with the public.

Apparently it took my calm but pointed questioning — and yes a threat of bad publicity — to finally get them to sell their smuggled goods. Feeling a small sense of responsibility for sparking the melee, I spoke to the crowd and told everyone I was buying the sandwiches for “research” and that they could all check out theGrio the following day to see their story told.

Surprisingly, this tactic worked and the angry mob not only calmed down, but also started pulling out their phones again to do their own social media reporting on what had just transpired.

“Well there’s one sandwich left!” I said cheerfully to the young Latina girl and her mother who were behind me in line. “Now you get to have the last one.”

But when I said this, an employee who clearly had their sights on that last sandwich come flying to the front of the store, declared, “F**k that! It’s mine!” and grabbed the foiled package off the counter like a raccoon, before disappearing into the back of the store.

We were all momentarily stunned silent and then broke out in raucous laughter because honestly, anyone who wants it that bad, probably deserves it.

So was it worth the hype?

Thirty minutes later I walked out of the store with a steaming bag of goodness, and invited a friend over to my place to do a taste test. We’re both hard to please and generally disinterested in fads, so I was anticipating the kind of disappointment that is almost inevitable when anything gets this much hype.

But when I bit into that sandwich Oh. My. Goodness. It was so good we both looked at each other like, “Oh snap! For once the internet got it right.”

Now will this sandwich do your taxes and explain to you the meaning of life? Of course not. Booty hurt contrarians looking for a reason to rain on everyone’s parade will definitely find a reason to pretend that perfectly seasoned piece of chicken on a buttery bun with mayo and pickles isn’t delicious as hell.

Also to be fair, perhaps our sandwiches were made to be extra bomb because the employees who cooked them planned to keep them for themselves. But I’ve never been a hater and I’m not about to start now. So I gotta give Popeyes the props that they are owed in his case.

Also, to the overly “woke” amongst us who started posting all those threads saying you wish Black people showed up to vote as much as they stood in line to buy chicken, I’d like to very respectfully ask y’all to SHUT THE HELL UP.

Thread. Popeye's would kill for lines like the ones outside of black polling stations. 1. Black people vote 2. We would vote even more if people like the GA Gov didn't intentionally limit poll access in ways that create these ridiculous lines. https://t.co/gdgjEn3sRw

READ MORE: Quavo jokes he’s selling Popeyes chicken sandwiches out of his trunk for $1K each

White people are allowed to wait in line for iPhones, spend money on Comic Con costumes and indulge in any other vice they want — unchecked. But let a Black person decide to get a $4 sandwich for lunch and y’all sit around assuming they must not have voted.

To be clear: that is a form of internalized racism, fam.

Because in real life, I’ve seen voter lines 10 times longer than any Popeyes chicken line. Black women are actually carrying the democratic party. And in my view, voter suppression is a much bigger culprit than our collective disinterest.

So not only did you just jump to a factually inaccurate conclusion by making all those self righteous posts, you also just accidentally showed how little you think of your own community while trying to shame people over a damn piece of chicken.

Black joy is a legitimate and necessary part of Black liberation. So you may want to ask yourself why seeing it on display annoys you so much.