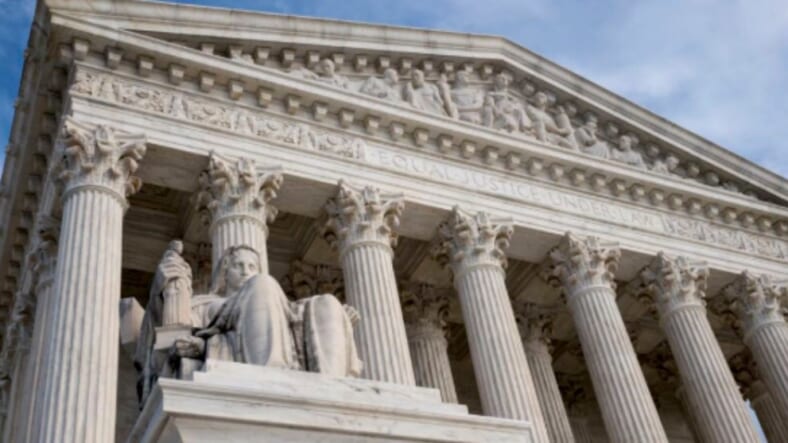 An amicus brief filed nearly two weeks ago by the Justice Department in relation to a 150-year-old civil rights statute has alarmed many about the Trump administration’s policies and their effect on the Black community.

The brief, filed Aug. 15, in regard to the $20 billion lawsuit between Entertainment Studios Chairman and CEO Byron Allen and Comcast Corp. which is expected to be heard in the U.S. Supreme Court in November, cites a violation of the Civil Rights Act of 1866, whose section 1981 prohibits racial discrimination in contracts.

This is especially worrisome because if Comcast prevails, there would be a precedent that could compel all minorities to prove that race was the singular motivating factor in such claims.

Now, although they are not commenting on the case itself at least one group, the NAACP, is speaking out saying that they are concerned about a further shift to the right in Washington and are moved to monitor the actions of the DOJ.

“We’re following this very closely and there is the possibility of us filing our own amicus brief,”  said Hilary O. Shelton, Director of the NAACP’s Washington Bureau and Senior Vice President for Policy and Advocacy. “What we’re doing now is very carefully and scrutinizing everything that’s attached to this case as it moves to that [November] date.

Shelton said the organization had no specific plan to act yet, but that it is ready to intervene if necessary. “We want to be sure we are in support of those very hard-fought protections for African American citizens,” he said.

Shelton said the Civil Rights Act of 1866 has needed more political and legal protection over the years beginning as far back as when President Andrew Johnson attacked the statute during the Reconstruction period.

“The history behind this is very crucial,” said Shelton. “What a lot of people don’t realize is that he actually stripped away rights as we moved toward the Plessy v. Ferguson case of 1896, which actually made things worse but that’s how Southern politicians were going then.

Shelton said there is a fear that more far-right ideologies are entering the Trump administration and that this latest move could be evidence of it, particularly since Trump’s most recent Supreme Court nominees have been heavily conservative.

“We’ve got people of various ideologies that are still mainstream,” he said. “Our concern is if this will be seen in a mainstream manner or an extremist manner. We don’t want to get into a discussion about one party of the other. It’s the ideologies that we are concerned about and the extremism.”