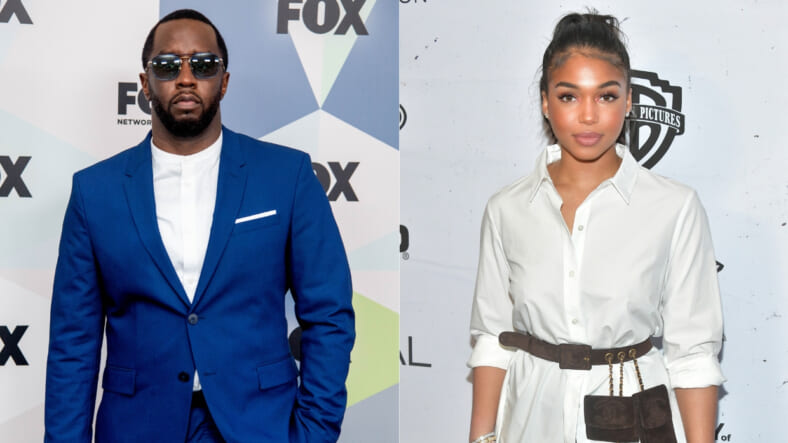 Rumors are circulating that Sean Diddy Combs and Lori Harvey could have a baby on the way after a series of photos recently went viral of the two in Cabo San Lucas, Mexico over the weekend, and showing Diddy in the pictures rubbing Harvey’s belly, TMZ reports.

Harvey, who is comedian Steve Harvey’s stepdaughter, was wearing a white blouse and was shown rubbing her stomach as well.

The photos were reportedly taken just before they got on a private jet from their “romantic vacation,” according to OK Magazine. Neither of them have publicly admitted they are a couple.

The rapper and music mogul, 49, and Harvey, 22, gave away their secret by posting on their Instagram stories by showing the same background.

READ MORE: On the sneak, looks like Diddy’s dabbling with a new boo

It’s not the first time the two have been seen together.

The two were also spotted in Italy earlier this summer with Lori’s mom, Marjorie and dad.

“Lori and Diddy have been on vacation with her family along the Amalfi Coast of Italy. They flew in together from New York and have been visiting many of the coastal villages with her mom, Marjorie, and stepdad, Steve Harvey,” a source told E! News.

“On Saturday afternoon they had a beautiful lunch at La Conca del Sogno in Nerano,” the insider added. “They took a small boat to get to the private restaurant cove and spent several hours eating great food and admiring the views.”

Diddy and Harvey were first seen together back in March 2019, OK Magazine reports. They were spotted just a month after rumors started circulating that she was dating Diddy’s son Justin Combs. A move many people criticized her for.

It’s unclear whether they will make their relationship public, but Diddy is set to be in Atlanta this week for the Revolt Summit and Harvey recently shared a video heading to Atlanta as well.

The Revolt Summit is set to take place from September 12 to September 14.